The films of Edgar Wright post his Simon Pegg comedy trilogy, has become the journey of a director diving into his various life inspirations, from car chase action films (Baby Driver), a full throated documentary on the music that has inspired him (The Sparks Brothers), and now a walk into the past of 1960’s in Last Night in Soho. I must say, going with Wright on this journey has been an excellent gift, although all three movies have visible flaws, there’s still an incredible beauty in that courage to put it out there. Last Night in Soho is a feverish fit of nostalgia, capturing the ambience, the music, the style, and the dark mystery of London in the 60’s. It comes to life through the mind of an innocent woman with dreams of becoming the next great fashion designer. Last Night in Soho takes a bit of time to latch onto, but when it sucks us into the stylish nightmare, it becomes the most unique horror film of 2021.

Co-written by Wright and Krysty Wilson-Cairns, the story begins with Eloise (Thomasin McKenzie), dancing in her homemade dress, swaying to the sound of Peter and Gordon’s “A World Without Love”, and living in her own personal headspace. Her mother has passed from suicide, her father’s not in the picture, but she has her grandmother (Rita Tushingham) for support, and receives the news of acceptance at the London college of art. She’s never ventured outside her small country home, a place where she often has visions of her late mother in mirrors, spending time in her room where she’s happy. This is her own nostalgic paradise. But those dreams are calling for the big city, which comes with the cold reality of creepy cab drivers, a bitchy new roommate named Jocasta (Synnove Karlsen), and that homesick feeling. She has a new friend in John (Michael Ajao) periodically offering comfort, but Eloise darts off to find a small duplex apartment above a bistro, rented out by a nice elderly woman named Ms. Collins (Diana Rigg delivering her last performance in sublime fashion). What Eloise didn’t expect was that after moving in she would have dreams about a petite social butterfly named Sandie (Anya Taylor-Joy), taking her back to the 1966 nightlife, where the two seem to become one.

In this merging, Eloise begins to break out of her shell, living a new found personality in her dreams, where Sandie meets a smooth talking manager named Jack (Matt Smith), and now Eloise is experiencing the life she’s often been afraid to ask for. It sparks inspiration at school, a newfound confidence, which turns drastic when the dreams become nightmares. Eloise witnesses Sandie being murdered, with the terrors becoming more authentic, and Eloise is soon trapped in a terrifying world of her own making. In many respects, Last Night in Soho is a tale of two halves, with the first part being a slow build, where Wright submerges us into the style and ambiance of the 60’s, with mirrors, feathery dresses, large billboards for Sean Connery in Thunderball, and music that is peak 1960’s London sound. The second part is where Last Night in Soho becomes a full inspired horror film, which is when Wright hits the groove, fully revealing his main thematic objective.

The pacing may seem slow from the start, but that’s not without Wright having an incredible knack for details, both in style and visuals. The costumes, the set designs, and set pieces all radiate with something to latch onto. From the nightclubs that glow with smoke-lit neon lights, mirrors that reflect McKenzie looking at herself and seeing Anya Taylor-Joy in the reflection, and a soundtrack that is one of the best of 2021. If all the parts are not piecing perfectly together for the viewer, it’s not for a lack of originality, where the soundtrack is included into a unique vaudeville set piece, where Sandie dances to Sandie Shaw’s “Puppet On A String”, which hints at Wright having inspirations of Pinocchio, mixed with the ghostly terrors of Herk Harvey’s Carnival of Souls. If audiences aren’t always picking up on Wright’s inspirations, it’s not his fault for giving us a two-hour class in his history of cinema. We’re quite lucky he’s letting us in on his love for the art-form.

The third act is when Last Night in Soho hums, fully evolving into a haunting ghost story, where the spirits of the past begin to attack Eloise, and a twist that’s not only a hit, but a home run. It’s that Edgar Wright education that makes a viewer such as me a sucker, with Night of the Living Dead, Carnival of Souls, and The Sixth Sense clearly being some of his main guides. The performances from McKenzie and Taylor-Joy are a perfect yin and yang, where McKenzie’s shyness is the exact tone, while ATJ- The Queen’s Gambit star has officially made her mark as the women that we can’t get enough of. Last Night in Soho may not be Edgar Wright’s greatest work, but it’s certainly the one I can’t wait to go back and study all over again. I just hope I don’t get stuck in the past. Nostalgia can sometimes be a killer.

LAST NIGHT IN SOHO IS PLAYING IN SELECT THEATERS THIS FRIDAY OCTOBER 29TH, 2021 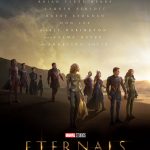 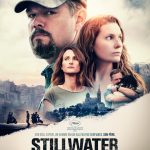