I’m often fascinated with how the horror genre has an elastic flexibility with the world that surrounds it. From themes about religion, ghost stories, and slasher fthemes, there’s always a time and a place that represents the type of horror we see. The found footage genre ultimately works best in the horror movie scope, and although Superhost is not a FF film, it certainly has an up to date feel, specifically about social media influencers. It involves a couple that does a YouTube show, reviewing AirBnB spots, and giving such in-depth and often critical notes that it makes them a popular online presence. Superhost takes an approach of introducing the couple (and to us the audience) to what would happen when the person hosting the couples stay is a bit unstable, and not the kind of person you want to be in control of the roof that’s over your head. The final result is a movie that is spot on as a dark comedy, quickly becoming an uncomfortable weekend getaway, while being a perfect example of horror movies in the 21st century. The bottom line: Superhost is super wicked.

The couple is Claire (Sara Canning) and Teddy (Osric Chau), dating and mixing work with their pleasure, doing an online show on the side, and hoping to turn it into something lucrative. This weekend is a bit different than just doing another fun video log. It includes reviewing the home each day there, where Teddy will insert witty sounds and effects to the video to liven up the laughs for their audience, but his main goal is to turn it into a weekend to propose to Claire. He wants to catch it all live online for their audience to see. It’s a good plan, until they meet their host of the house Rebecca (Gracie Gillam). She’s instantly a bit high strung, clearly a big fan of Teddy and Claire’s work, and ready to be at their beck and call. In fact, Rebecca is ready for everything, pushing herself to an uncomfortable and intrusive point, where the person renting the place to stay will become a threat to her guests’ livelihood.

A story like Superhost has certainly been done before in movies such as Misery, Creep and Ma, where characters start as a bit eccentric, incredibly kind, relatively harmless, and end up being incredibly unstable. Typically when a movie is dealing with this kind of character, what matters most is the performance, and that’s where Superhost thrives. The work from Gracie Gillam is spot on, delivering a wall to wall energy, and an unpredictable nature that keeps the narrative on edge. At first, Claire and Teddy seem capable of handling her smothering attention, but director Brandon Christensen balances Rebecca’s wild approach with slowly revealing that the happy couple is also not of pristine character. Their imperfections reveal themselves in disagreements and an endless pursuit of subscribers, clicks, and likes. It’s not that we don’t feel bad for Teddy, Claire, and the host they’re left to deal with, but it’s that they’re not as innocent in life as they would want you to think.

Much more is revealed about Claire and Teddy when a mysterious woman shows up at the house, knocking on the door, and with an axe to grind. This person is Vera (played perfect by Barbara Crampton), who was subjected to having Claire and Teddy as guests at her home, and on the opposite end of their negative feedback, and borderline sabotage of her home has left her broken and she wants answers. It’s the arrival of Crampton that helps power the narrative of Superhost home, where the well intentioned anger of one person, steps into the lion’s den that they never knew existed. One pissed off customer is not in the same league of who Rebecca is and that turns into something scary.

By the end, Superhost is the perfect mixture of dark comedy, uncomfortable scares, and new age storytelling. Director Brandon Christensen makes great use of his smaller cast, limited spaces, and sharper writing. Plus, the casting of both Gillam and Crampton make for two equally powerful forces merging together, with a result that is both shocking and exactly what Superhost calls for. It’s the perfect example of when an independent horror film does the best with what they got and Superhost welcomes you inside, sets the table, and delivers the perfect horror meal. It left me feeling full.

SUPERHOST IS PLAYING ON SHUDDER THIS FRIDAY SEPTEMBER 3RD 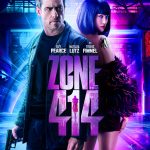 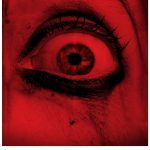 We Need to Do SomethingReviews