If you look at various debut features of Hollywood’s greatest storytellers, not every movie is a hit, but there are flickers of the greatness that is yet to come. For Martin Scorsese it was Who’s That Knocking at My Door, or for Ridley Scott it was The Duelist, and for Kathryn Bigelow it was The Loveless. With Francis Ford Coppola’s debut feature Dementia 13, similar to the other directors I’ve mentioned, one instantly can see an artist on the horizon. Although the title is a bit off, it’s clear that Coppola didn’t take long to prove his rich education in the craft of cinema. Coppola has an Alfred Hitchcock inspired tone here, making a gothic style horror tale, with a plot about a dysfunctional family with past terrors haunting them. Dementia 13 may have needed additional sequences to make it a complete work, but now with Lionsgate and Vestron Video releasing a digitally restored Director’s Cut, it’s now in a crisp condition, revealing the green, yet legendary talent that Francis Ford Coppola had. Dementia 13 is a well crafted, black & white horror flick for a first timer and a brief window into the kinds of subjects that Francis Ford Coppola would make his bread and butter. From The Godfather to Youth Without Youth, it all began for Coppola with Dementia 13.

This is a soap opera-like horror film, about a wealthy family, and the ghosts of the past haunting anyone who steps foot in the manor. The opening sequence involves a couple, Richard Haloran (William Campbell) and wife Louise (Luana Anders), both drunk after a late night. Richard is mad and is going to blow off steam by getting into a row boat. Louise goes out with him, where they bicker about his mother and her will, and then Richard has a heart-attack, dropping dead. What follows only complicates things, as Louise pushes Richard under water, leaving a note to make it sound like he went away on a trip to New York, before she heads to his family mansion in Ireland to deal with Richard’s cold mother Lady Haloran (Eithne Dunne) by herself. When Louise arrives she’s bitten off more than she can chew, with Richard’s eccentric brothers Billy and John, looking over their mother, and stuck with reenacting the funeral of their late sister Kathleen, who drowned in the local pond many years ago. It makes for a disturbing and unpredictable weekend.

There’s certainly a lot going on, where Coppola and co-writer Jack Hill may have benefitted from limiting the characters, or giving us one person to root for. What they let do the heavy lifting is the phenomenal sets and locations. It’s impossible for Dementia 13 to not look well crafted, where the manor gives off a vibe of Robert Wise’s classic The Haunting, and the disturbing relationship between the Haloran family and death captures the various themes Hitchcock created three years before in Psycho. Other characters end up dead along the way and the mystery becomes more about who on the grounds is wreaking havoc or if something has come from the pond that took Kathleen’s life so long ago.

After finishing Dementia 13, it’s impossible not to feel that Alfred Hitchcock was a major inspiration into the filmmaking that Coppola made, but it might have more to do with his connection to producer Roger Corman. The man known as “The Pope of Pop Cinema” was already a bit established and can be credited for horror classics such as A Bucket of Blood, The Wasp Woman, or The Masque of the Red Death, so for Coppola to have worked alongside him was a blessing, only for Coppola to breakthrough in his own way in the 1970’s. Watching Dementia 13 it’s obvious that it was only a first step for someone that would one day make The Godfather.

It’s because the final piece is still a bit raw, not a fully realized horror movie, where the third act feels rushed, and not all the pieces fit together, where you can tell that Dementia 13 was not when Francis Ford Coppola was at his best. It was a different time for the studio system and Dementia 13 is a dip of the toe for the director. This will be more for the die-hard Coppola fans, but it’s not without highlights, as it’s immediately clear that this was a director that knew what he was doing. He could turn the screws, scare us with a killer in the shadows, or a dead body pulled out of the water. He’s one of the greatest directors of all time for a reason. It all began with Dementia 13.

DEMENTIA 13 IS NOW AVAILABLE ON BLU-RAY FROM LIONSGATE AND VESTRON VIDEO WHERE ALL BLU-RAYS ARE SOLD. 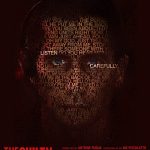 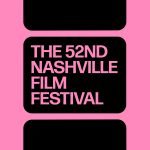