At this point it feels a bit like piling on the negativity, especially after the dismal reception of Dear Evan Hansen at TIFF a few weeks ago, but it’s not without merit. The Tony award winning broadway musical finally receives the Hollywood musical treatment and it comes with a myriad of issues, from uncomfortable subject matter that’s treated frivolously, quick moving editing that could give you an anxiety attack, and yes, the casting of 28-year old Ben Platt as a high school Junior. In Platt’s defense, he is a great singer, and the title role of Evan Hansen will always be his, but someone should have told him to pass the baton. He’s given an odd wig, hunches his shoulders up, has caked on makeup, and delivers a performance with awkward body language. Yes, Dear Evan Hansen is a bad movie, with good music, misguided intentions, and absolutely dismal results. This is a musical bomb that you might want to wave goodbye to through a window.

The weirdest thing about Dear Evan Hansen’s success on Broadway is that it won six Tony Awards and two grammy’s, yet it has a plot this uncomfortable and problematic. Evan Hansen (Platt) is an eccentric kid, taking multiple forms of medication for his depression and anxiety, and starting the school year with a cast on his arm that he broke over the summer. Nobody at school notices him and the same goes for classmate Connor Murphy (Colton Ryan). When Evan does a therapy exercise of writing a letter to himself, it reveals his crush on Connor’s sister Zoe (Kaitlyn Dever), things become more embarrassing when Connor takes the letter from the printer, and accuses Evan of making fun of him. Three days later Connor has committed suicide and the only note left on him is that said letter. What follows is a snowballing of lies, with Evan telling Connor’s manic mother Cynthia (Amy Adams wasting her talents) they were best friends, portraying a picture of Connor that nobody saw, writing fake emails to create a backstory, and delivering a speech at a memorial that goes viral on the internet. One small lie turns into a massive fraud, with songs in between, and that’s why the saga of Evan Hansen is a roller coaster of cringe.

It’s easy to cast Evan Hansen aside as a well intentioned misfire, but it’s been around for a while, and still celebrated just the same. It’s obviously survived on the music, written by The Greatest Showmen duo of Ben Pasek and Justin Paul, and the cast is all game in the singing. The problem lies in that they are act-singing, delivering their lyrics as if mid sentence, which steals from the performances, and from the composition of the songs. Pick one. From Adams, to Dever, and a late tune sung by Julianne Moore as Evan’s overworked mother, there’s not a bad singer in the bunch. The bigger problems lie in the story, the direction, and a lot of bad narrative choices. The screenplay is written by stage writer Steven Levenson and the direction is by Stephen Chbosky, who at no point seemed to have a problem with Platt’s performance or the way that he looked. He’s visibly out of place, constantly sweating, sporting a hairstyle that screams Soul Glo, and acting so uncomfortable you’ll want to scream. And this is an over two-hour movie.

The positives would have to be the music, where the movies midpoint song of “You Will Be Found” becomes a rally cry for the story, touching on how suicide and depression can impact all of us. And even then Chbosky turns any goodwill into a lame motivational poster. It’s the unflattering corniness of it all that destroys Dear Evan Hansen, where a disturbed man is turned into a martyr, to make vapid high school kids feel better, while promoting their kindness that is based on a lie. When we step back, looking at what actually takes place in Dear Evan Hansen, it is more of a horror movie than a musical. I don’t think that’s the intention.

As far as musicals go, I wouldn’t say Dear Evan Hansen is the worst ever, but it sits at the table with the recent Cinderella debacle, and Sia’s pathetic and stupefying Kate Hudson film- Music. If Dear Evan Hansen were taking it’s narrative truly serious, it would be more comparable to Brian De Palma’s adaptation of Stephen King’s Carrie, but only this time with less pig’s blood. Dear Evan Hansen is not someone to feel sorry for, even if he has a broken arm. 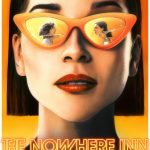 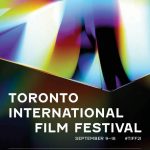