If The Cannon Group production company were still around, The Ice Road would undoubtedly be a part of their lineup of movies. Wild exploitation style movies such as Bloodsport, Delta Force, and Masters of the Universe were part of the Cannon collection. Unfortunately, The Ice Road is not silly enough. It’s another Liam Neeson vehicle, (I also reviewed the much better film The Marksman this week) with him doing a lot of driving of a massive truck over a stretching Canadian road of ice. Writer/director Jonathan Hensleigh had the right idea of making a movie about racing across the deathly terrain to save a group of miners trapped in a cave, but The Ice Road has too many cracks to fully enjoy. By the end all of my anticipation had melted.

Neeson stars as Mike McCann, a gruff working man that has been saddled with taking care of his brother Gurty (Marcus Thomas), a war veteran who struggles with PTSD and damage to his brain that has caused aphasia. Because of Gurty’s disability, it’s hard for the two of them to keep jobs, with the VA unable to give Gurty the care he needs, and a lack of opportunities for someone in his condition. When a gas explosion at a diamond mine in Manitoba leaves the men stuck underground with only thirty hours of oxygen to live, Mike and Gurty jump at the opportunity to earn a lot of money, bringing drilling equipment that will help the men survive. The only catch is that they must drive over a frozen road where the trucks could easily plunge them to their demise. Choosing between life, death, or a lot of money, the two men hop in the rig to take the risk. The pressure is thrilling, but then The Ice Road forgets how to keep the thrills moving.

Mike and Gurty become alerted to the job from lead driver Goldenrod (Laurence Fishburne in a surprisingly mild role), and he’s impressed enough to let them in on the job. The first few minutes of the trucks on the ice are genuinely thrilling, but then they stall, and the entire premise shifts. And it’s not that the ideas in The Ice Road are not exciting as is. This is the kind of movie that appeals to me from the premise and trailer alone. Typically, I would be sold with Neeson driving on thin ice with a Honda, but Hensleigh (writer of Die Hard with a Vengeance) convolutes the premise with the race against time, conflict amongst the miners underground, adding the ragtag team of other truck drivers- including a recently released prisoner named Tantoo (Amber Midthunder playing the only character with the most depth), and installing a villain in the group to sabotage the entire trip. On top of the loaded storyline, the CGI is often distractingly bad, and the ultimate purpose of the expedition seems pointless at the end. The Ice Road fails to pay attention to the little details that help a movie like this succeed.

As for Neeson’s performance, it’s fine, where once again he’s not doing as much butt kicking as he has done in the Taken films, but instead playing a character in his age group. There are versions of this that have worked and what comes to mind is a movie like Runaway Train, where Jon Voight and Eric Roberts play a pair of escaped convicts on a snow train headed to their doom. With that film, it’s just a straight line, where the thrills come from the task at hand, which is to stop the train and survive another day. If The Ice Road slimmed down the other stuff, it would make for a thrilling ride, with the threat of heavy trucks breaking through the ice. That’s scary enough for me.

At the center of The Ice Road is a failed effort at a 90’s style thriller. Other movies, such as Speed, Tony Scott’s Unstoppable, and Under Siege all did things ten times better than we get here. This isn’t a miss for Liam Neeson, but a movie that fails to tap into its true potential. It’s not the story that fails in The Ice Road, it’s just the execution, missing out on a full steam of momentum, wall-to-wall excitement, and high stakes thrills. You’re expecting The Ice Road to deliver plenty of intense bursts of fire, instead it just left me out in the cold.

THE ICE ROAD PREMIERES ON NETFLIX THIS FRIDAY JUNE 25TH 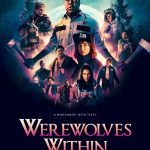 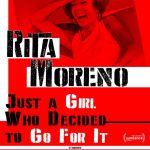 Rita Moreno: Just a Girl Who Decided to Go for ItReviews