MOVIE: RITA MORENO: JUST A GIRL WHO DECIDED TO GO FOR IT

Even though Rita Moreno had an issue with her response to the lack of Afro-Latinos cast in In the Heights last week, it was a minor blip in a career that has endured much worse in life. The Oscar winning actress still thrives today, at the age of 89, Moreno has constantly evolved and survived in Hollywood. She lived through the times when the heads of a movie studio made sexual harassment a part of the interview. She put her foot down when it came to playing the Indigenous girl, the sexy latin lover, and often being the only minority cast member in any film. In Rita Moreno: Just a Girl Who Decided to Go for It, it’s a fantastic full circle coverage of how the actress went from being a girl from Puerto Rico, a consummate entertainer, an EGOT winner, and constantly reinventing herself. You can try to hold Rita Moreno back, but you will never break her down, she’s one of a kind.

Director Mariem Perez Riera uses the wise style of capturing Moreno in behind the scenes footage, gentle moments at her kitchen table, and direct answering of interview questions. Because of that approach, there’s barely anything left behind, and it also helps that Moreno is incredibly open about everything that’s happened in her life. The early revelations such as Moreno’s mother deciding to leave her father in Puerto Rico to give her daughter an opportunity at the American dream, her navigation of being an actress used only for the color of her skin, the awful recollection of being raped by her then manager, and her tumultuous relationship with Marlon Brando. The entire first hour is an emotional experience and Moreno is unafraid of cutting open any vein.

For myself personally, I was always aware of who Rita Moreno was because I listened to the West Side Story album every day. She was Anita, the fierce girlfriend of Bernardo, the emphatic singer of “America”, dancing powerfully, and nearly stealing the entire production with her compassion. This is a documentary that spends a good amount on her success with West Side Story, winning the Oscar, having the shortest Oscar speech ever, and cementing her place with that role. But it’s the way Riera spends more time on the personal stuff and the other aspects in her career that show the true greatness of Moreno. Some may think she was a one-note actor, but it’s the farthest thing from the truth. The lineup of talking heads, Lin Manuel-Miranda, Morgan Freeman, Whoopi Goldberg, and George Chakiris all elaborate on the passionate person she is about the craft. It’s Moreno’s longevity that truly cements her as acting supremacy.

Like many other documentaries Just a Girl Who Decided to Go for It loses steam in the back half, hitting on the late stages of Moreno’s marriage, which was successful in many ways, and her more recent projects. It’s not that I stopped caring about her story, it’s just that the juicy, incredibly courageous characteristics of Moreno’s life are covered early and there’s not enough of the thrilling stuff to propel it to a greater status.

The bottom line is that Rita Moreno is an amazing human. She’s undoubtedly deserving of this profile, deserving of her successes, and continues to defy the odds. Her career will come full circle later this year when she appears in Steven Spielberg’s new version of West Side Story. It will be a momentous occasion and she will certainly give it her all. She will always be the girl that decided to go for it. Rita Moreno, an absolute superstar.

RITA MORENO: JUST A GIRL WHO DECIDED TO GO FOR IT IS CURRENTLY IN THEATERS 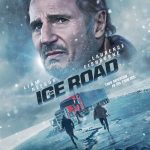 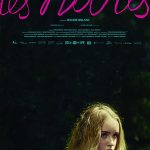