It feels almost criminal how long it took for us to finally see a Black Widow solo movie. The Marvel cinematic universe delivered three Iron Man’s, Thor’s, Captain America’s, and Avenger’s movies before we got our first adventure for Natasha Romanov (Scarlett Johansson). On top of that long wait, the pandemic delayed her headliner even longer, but lucky for us the wait was worth it because Black Widow is a top tier superhero movie. Of all the Marvel films, Black Widow just might be the most grounded, rooted in a character that uses her highly trained skills and intellect to outsmart her foes, and a spy thriller that works as well as any Mission: Impossible escape. The wait is over for Black Widow and thankfully, it is well worth it.

The spoiler part of Black Widow is that for everyone that has watched Avenger’s: Endgame is well aware of what Natasha’s fate is, so this Black Widow is a step back in the timeline, right after Civil War and well before Thanos was even a threat. We also see a glimpse of Natasha as a child, with her sister, and parents on the run from SHIELD agents. Fast forward, and our hero has already escaped the Widow program, become an Avenger, and has learned that her parents were never really her blood. Now, Natasha is on the run from disobeying the Sokovia accords, and in pursuit of her past, she comes in contact with her “sister” Yelena Belova (Florence Pugh), and in order to stop Dreykov (Ray Winstone), the brainwashing leader of the Widow program, the two must work together as a family to bring their captor to his final justice.

What makes Black Widow a special installment of the Marvel films is that it’s rarely dealing with anything of super or god-like abilities. This is pure espionage, similar to films such as The Bourne Identity, Spectre, or Haywire. Director Cate Shortland, with the screenplay by Eric Pearson (Godzilla vs. Kong) and the story by Jac Schaeffer and Ned Benson, is interested in letting us understand the conflict that runs through Natasha’s veins. It becomes even more complicated when it’s revealed that her “parents” Alexei (David Harbour) and Melina (Rachel Weisz) will become assets in finding Dreykov and his hidden lair known as the “red room”. Black Widow gradually becomes a story about family, what the concept means, and the important impact they have, no matter how thick the blood is.

Another fascinating factor is the pacing and the tone of Black Widow. It’s a bit mishmashed with who the attention should be focused on, partially because we know what will happen to Natasha, and also because Black Widow is arriving much too late in the game. Had Black Widow arrived after Civil War we would be commenting on it being the perfect pairing to the Captain America films, specifically Winter Soldier, but instead it hits differently, feeling like an afterthought. It’s also a double edged sword because Johansson is thrilling as the title character, but her presence is upstaged by the electric charisma of Florence Pugh, and the brilliant comedic strikes of David Harbour. Collectively, however, they all make for one kick-ass dysfunctional family.

Where Black Widow lands is somewhere around the top tier of Marvel movies, even with it’s MCU-standard clunky third act. Our main villain is a bit more reminiscent of original villains such as Obadiah Stane in Iron Man, Alexander Pierce in the Captain America saga, and Yellowjacket in Ant-Man. They are power hungry people, with superhero technology, making them starve for more. It’s also the action that rises to the occasion, boasting things that few Marvel movies have, which is intense car chase sequences, fast and flawless hand to hand fight choreography, and true depth of characters. Natasha and Yelena’s differences, similarities, both create a genuine tension, and quickly melds a natural chemistry. And above all of that, is how Black Widow remains a tried and true hero, the first female superhero that wins with skills and sheer will. She’s a ferocious and fierce Avenger. This Black Widow packs a wicked and awesome punch. 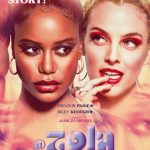 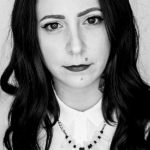