In the world of independent filmmaking, there are amazing factors we see taken into account by a director, making cuts to stay within budget, having an ability to work quickly, and still produce a great quality movie. That also is a major reason why the horror genre has such a wide net of differing stories, as there tends to be a deeper imagination at hand. Directors David Charbonier and Justin Powell are already good at this and two names audiences should pay attention to, especially because their earlier film The Boy Behind the Door was a spectacular first feature. It involved two kids wandering into the wrong haunted house and having a hell of a time getting out alive. Their most recent horror venture, The Djinn is much smaller, being set in a tiny, two-bedroom apartment, and a mysterious spirit haunting a young boy. The entity known as The Djinn has been done before, but this time there’s not many ways to avoid it, in this tight set, claustrophobic nightmare. The Djinn is the kind of bed time story that keeps the kids up at night.

It takes place at the brand-new apartment of Michael (Rob Brownstein) and his ten-year old son Dylan (Ezra Dewey). They have moved in after the passing of Dylan’s mom, downsizing and escaping, to a place where the two of them can start over. For Dylan, life is extra hard because he is currently mute, losing his ability to speak at a younger age, and now trying to grow up with the guidance of his father. There’s a gentle connection between these two, both traumatized by the loss of a loved one, leaning on each other for friendship. Dylan’s dad works the late shift at the local radio station, which means nights eating dinner alone, and going to bed early. When they unpack stuff into the new place, Dylan discovers a mysterious book in the closet that belonged to the former tenants. Being the curious child he is, he reads out a seance that could grant him a wish, but like the monkey’s paw, he’s going to wish he could take it back.

The biggest success of The Djinn has to be the film’s ability to take a small apartment and turn it into a labyrinth of terror. There’s not many places for Dylan to go. A few rooms, a bathroom, a living room, and some hallways. Yet, writer/directors Charbonier and Powell find a way to make it twist and turn, using fisheye lens views, rotating the camera around Dylan’s head, and keeping the haunting things out of sight till the last minute. The other side is the actual creature, demon, presence itself. This is not similar to really anything we’ve seen because this is a shapeshifting entity. When it chases after Dylan we first see swirling of smoke, which thens transforms into a lanky, stalking figure; But this figure has the ability to shapeshift into everything and anything, including Dylan’s father, and late mother. It also has a peek into Dylan’s thoughts, which allows it to dig into his dark secrets, his traumas, and as this spirit goes, it takes anything that can be used against the person who read the book.

The other part of The Djinn that is great is the performance by Ezra Dewey, playing a character that cannot speak, and must deal with a load of frightening scenarios. It’s how he plays the character with emotion, fighting back tears, and making faces of terror, all while being chased by an invader in his new home. A scene where Dylan locks himself into the bathroom, fighting off the beast by slicing his arm with a knife, brings the terror back to when I was a kid, and the thought of things attacking when home alone is fully brought to life in The Djinn.

The only downside on The Djinn is that it’s limited. It arguably could have been part of an anthology series, similar to Creepshow, or the recent success in The Mortuary Collection, but even if it was in one of those, it would still be one of the best. The Djinn firmly cements that Charbonier and Powell are the newest impressive directing duo. Making them a must to keep an eye on. They are undoubtedly inspired by the same kinds of horror that thrilled me as a kid, such as Goosebumps, Guillermo del Toro films, or new haunting interpretations of the Brothers Grimm fairy tales. There’s much to be said when a movie can transcend us to the exact same feelings we had as a kid about the things that go bump in the night, but who am I kidding, The Djinn had me sleeping with one eye open. Great horror has a way of doing that.

THE DJINN IS PLAYING AT SELECT THEATERS, DIGITAL, AND ON DEMAND FRIDAY MAY 14TH 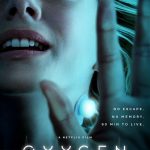 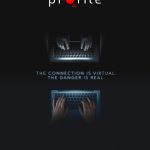