I’m a sucker for movies set in singular spaces or with a gimmick that allows the audience to see how a person could fail or succeed with that situation. Buried was Ryan Reynolds deep in the dirt, buried alive, and trying to get out. Locke was Tom Hardy driving to a hospital, in hopes to handle a terrible secret, while talking to family on his phone. It seems for director Alexandre Aja that he is pushing the walls in closer on his movies, this time with a claustrophobic sci-fi picture- Oxygen. It involves Melanie Laurent as a woman that wakes up in a space pod, with her oxygen slowly leaking out, and only so much time before it leaves her dead. It seems like something that would be limited, but Oxygen has a surprising amount of life in the tank, delivering a thrilling race against the clock.

Laurent stars as Elizabeth Hansen, but when we first meet her, she’s not sure of who she is, or how she got there. She is in a space pod, a confined space, with an extremely intelligent computer called M. I. L. O. (voiced by Mathieu Amalric), monitoring all her vitals. When she comes to her senses, she is aware that her oxygen is leaving, but now she must go on a wild chase to figure out who she is, where she is going, and a way to stop herself from running out of air. The tension is high from the get go, with Laurent delivering a top-notch performance, in a one-woman show of panic and pressure.

Alexandre Aja is a director that has become good at these sorts of narratives. In 2019 Aja blessed us with arguably one of the most entertaining movies of the last ten years with Crawl, about a young woman trapped in her basement with an alligator, which is repeatedly given the respect it deserves from certain film Twitter circles. He also wrote the screenplay to P2, which was about a woman stuck in a parking garage, being stalked by a crazy killer attendant. You could even include his remake of The Hills Have Eyes in that collection, even though it’s not very good, but it’s still an isolated scenario of dread. With Oxygen, his best choice was casting Laurent, who not only sells it, but thoroughly gives off a reality that is almost unbearable. Even if we can somewhat predict where the narrative is going, Laurent keeps it thrilling.

The screenplay was written by Christie LeBlanc, which is a blend of the sci-fi in 2001: A Space Odyssey and the claustrophobic setting of Buried. In order for Elizabeth to figure out exactly who she is, she must use the computer to its full potential. That includes making phone calls to the outside world, doing searches of herself, and digging deep into the psyche of her brain. In-between the searching and calling, Elizabeth has flashbacks, where we get info that she was a successful scientist, looking to save the human race, living with a husband that she loved, and working on a project to save the universe. From those details alone, one might be able to decipher what’s going on, but the fun part of Oxygen is witnessing Laurent navigate it. The ending is both thrilling and inventive to say the least.

The question the audience has to ask themselves is if they can spend an hour and forty minutes trapped in a box. For me the answer was easely yes, where the mystery of it all is fun to go through, and the technology of the space pod is brilliant enough to think Apple is already looking into something just like it. A majority of where Oxygen is problematic is the predictability of it’s core premise, where with each step the situation becomes more clear, and the threat of losing the ability to breath is merely just a matter of the story’s run-time.

And still, Oxygen had me enthralled, with Melanie Laurent delivering a spectacular and raw performance. Similar to the work done by Sandra Bullock in Gravity, there is much praise to be offered when one actor is able to carry our interest, and keep us thrilled. Oxygen may not be as good as Crawl, but it’s another strong addition into Alexandre Aja’s journey into making tight spaced cinema. Sci-fi this new, is honestly a breath of fresh air.

OXYGEN PREMIERES ON NETFLIX THIS WEDNESDAY MAY 12TH 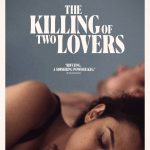 The Killing of Two LoversReviews 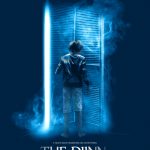