For a majority of Charlene Favier’s film Slalom there’s an enormous mountain in the background, hovering over, like a haunting spirit. It’s the background setting at a French ski training center, for the best upcoming olympic slalom athletes; And that mount is high, but the climb to become the best is even tougher. The story is about Lyz (Noee Abita), a 15-year old girl, living with her single mother, her father barely around, and with the hope in her heart to become a great olympic slalom skier. The training involves her moving into the facility, practicing, working out daily, and under the guidance of her coach Fred (Jeremie Renier). It would be easy to say Slalom is a sports movie that fits into the post-MeToo world, but at the center is a coming of age tale, a narrative about the extra struggles that women endure. Slalom is an emotional climb and authentic portrayal of a woman’s fight against all the obstacles that her life throws at her.

One of the interesting factors of Slalom is that it’s very much an anti-coming-of-age narrative. The screenplay is co-written by Favier, Antoine Lacomblez, and Marie Talon, and it’s unlike the typical rise and fall. It’s more of a fall and rise, where the spirit of Lyz battles from the start. She’s green, not entirely sure she can succeed on the slopes, jumping into the training without her parents to encourage her. She lives alone in the facilities, in the dorms with team members, becoming friends with Catherine (Muriel Combeau), catching the eye of some of the other boys in the club, but she’s timid about everything. What has engulfed her is fear. It starts to crack when coach Fred begins to push her, challenging her to be better, yet comforting her in her loneliness, and welcoming her to eat lunch with him and girlfriend/team tutor Lilou (Marie Denarnaud). It’s all a breaking down of emotional guards, an easing of tension, which leads to a coach taking advantage of his vulnerable talent.

What’s unique about Slalom (and also quite French) is how it portrays the relationship between Lyz and Fred. At first it is strictly professional, a coach mentoring, and using his guidance to lead to success. When Lyz starts to become superb in her skiing abilities, it is the thrill of winning, the passion of the competition that brings the two of them closer to one another, but the lines are never drawn by Fred. He is abusive in his way of pushing his students and coercive in his mannerisms of affection. The line needs to be drawn and in Slalom the line is blurred and abused, which cannot be understood by a 15-year old looking for a connection. That’s why the performance by Noee Abita is the biggest highlight of Slalom, speaking with her timid voice, body language, and facial expressions. It’s when the coaching relationship is fractured when the drama shifts from a woman growing on her own, striving to be first on the podium, to a person’s self preservation, and a fight for survival.

With relatively recent revelations about the US women’s olympic gymnastic teams abuse towards their athletes by trainer Larry Nassar, the relevancy of Slalom is more prevalent than ever. Documentaries such as Athlete A shine a bright light on what women have endured and continue to deal with outside of the competition. Slalom succeeds in the direction from Favier, which is handled with an honest lens, and an emotional scope of what it means to be a victim. She captures Lyz’s experience up close when interacting with others and from afar when set against the daunting task of reaching for olympic success.

There’s an excellent blend of various narratives in Slalom. Much like the course, it’s a downhill journey, filled with bumps, twists, turns, and unpredictable results. The focus is on the confusing, emotional, and painful experience for Lyz. The reminder lingers on that these times for teenagers are special and last only for a moment. Slalom captures the loss of innocence and the way others can force us to grow up faster than we need to. Slalom is a fascinating and bumpy experience from the top to the bottom.

SLALOM IS STILL PLAYING IN SELECT THEATERS AND AVAILABLE ON DEMAND. 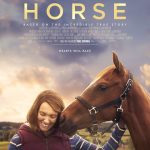 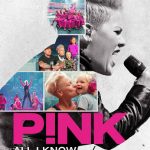 P!nk: All I Know So FarReviews