MOVIE: P!NK: ALL I KNOW SO FAR

2021 has already hit a quotia of music documentaries that reveals behind the scenes at an artist in their craft. It started with Billie Eilish: The World’s a Little Blurry and last week I was introduced to the reggaeton stylings of J Balvin in The Boy From Medellin. When a variety of these types of documentaries are told, it becomes easier to see the differences, the positives, and the negatives, which separates the good from the bad. P!nk: All I Know So Far is a mix of it all, with in-depth interviews, footage of live performances, fly on the wall looks at the singers balance of being a mother, a wife, and an entertainer. For director Michael Gracey the coverage is vast and valiant, but the messaging is a bit muddled, lacking in a more in-debt approach into the background of what made Alecia Beth Moore become Pink, but it’s enough to get the party started.

An important factor when watching, really any documentary about a particular person, is to understand how much of that subject’s fingerprints are on the final product. With All I Know So Far, it works better as a highlight reel than an actual in-depth study of who Pink is and what pushed her to become the multi-platinum artist. That’s not to say that we don’t see a fair amount of positive looks at her life. The gist of the documentary is the European leg of her 2019 tour, from Ireland, to Amsterdam, and finishing at Wembley Stadium in London for her big finale. This allows for a solid beginning, middle, and end, where it starts with highlights of Pink’s early performances as a child, her rising fame with songs such as “Just Like a Pill”, “So What” or “Just Give Me A Reason”, and her current state of life, balancing two children while performing in sold out shows. It’s a waving back and forth of highs and lows, but it’s also a spotlight on an artist that has a lot to be grateful for in life.

For me personally, I have never been much of a fan of Pink’s music, not that I hate her songs by any stretch, it would just never be something I seek out. I’ve typically viewed her music as anthems and the kind of fodder to be played in a sports highlight reel. But if the goal of All I Know So Far is to create new fans, I certainly respect the artist much more now. She’s someone that has created her own mold of entertainment, doing all her own singing, while employing an incredible team of musicians behind her. On top of the singing is her amazing acrobatic shows, which is an added flare to performing that makes her work unique. The other part that impresses me is her family. Her oldest daughter Willow and 2-year old son Jameson, both have great hearts, but it’s also because both Pink and husband Carey Hart keep their egos out of it. Hart himself was a motocross bike champion, but it’s impressive to see how he steps back to be a supportive father and husband, a side of life that more men today need to see. It’s the way it all works that makes Pink even more of a success.

The negative side, however, is how much of All I Know So Far loses its purpose along the way. There are not many stories to tell about Pink, who her parents were, why she seems to have a fractured relationship with both her mother and father, any personal struggles she’s had growing up, and the pressure of being a success. Instead, everything seems quite rosey, where Michael Gracey turns the energy down for black & white interviews where you hope Pink will become more personal, only to hear her talk about how tough it is to be a parent. I’m not saying that the sentiment isn’t genuine, but considering that Pink is a producer herself on the project, and this coincides with an album release, All I Know So Far quickly becomes a glossy picture for an artist that doesn’t need much shining.

In the end I was impressed with Pink; I certainly found a new respect for the artist that I never had before, and when Gracey and crew close with live performances at Wembley it’s impossible to not to catch the bug of wanting to see Pink live. There’s a better documentary of Pink out there, one where she can dig into where she comes from, how she copes with the loves she’s lost, the pressure to be on the same level as her peers, and how she goes into writing her music. I’m a new fan of Pink, a spectacular, and entertaining singer. Now I just want to know more. But this is…All I Know So Far.

P!NK: ALL I KNOW SO FAR IS PLAYING THIS WEEKEND MAY 21ST ON AMAZON PRIME 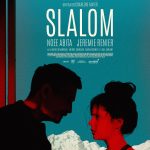 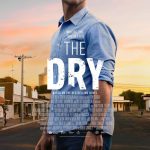