Since 2017, the conversation never ended about the cinematic version of the Justice League, where the story behind the film became as much of an epic as classic literature such as the Odyssey, or as preposterous as the very comic books we read our superheroes in. Smack dab in the middle of the various narratives surrounding these films are two facts: the first version of Justice League was a terrible movie and this second version, Zack Snyder’s fully realized vision, is a massive improvement. And while I was watching Snyder’s four hour, yes, four hour saga of superheroes and mythic villains battling to save earth, I kept wondering about the cost of it all. Not just from a financial standpoint, but from the standpoint of what comic book movies have truly become. One thing is for sure, that this is in many ways a game changer for the industry, especially for an artist and their vision. With massive amounts of fans flocking to the call, asking for Warner Brothers to #ReleaseTheSnyderCut, they have, for better or worse, gotten their wish, with HBOMax releasing it as a big event and finally honoring the original vision of Justice League that Zack Snyder started. And now that it’s here what I can say is that it’s a lot. Massive in scope, a lot of CGI, a lot of posturing, fight scenes, and plenty of Zack Snyder’s signature touches. Love it or hate it, Zack Snyder’s Justice League is a mega moment of cinema.

If you don’t know the whole story, I’ll try to give you a brief synopsis of what brought us here. When filming for Justice League began, Zack Snyder’s involvement was cut short by the tragic death of his daughter. This left the film in limbo, and with WB wanting things finished, they brought in Joss Whedon to add a lighter tone. It was not the movie Snyder was making. On top of that, actor Ray Fisher has claimed that Whedon was abusive on set, critics hated it, and die hard DC fans despised the finished product. What followed was a rising cry from fans, stating that there was a cut of the film by Snyder, along with claims that it was much better (without ever seeing it or knowing if it truly did exist), and WB needed to let the public see it. It grew to be a massive campaign, with the hashtag often trending on Twitter, billboards made and paid for by fans, and a bombardment of cries to “right the wrong”. Like any wild fandom, it was mixed with those that harassed and mistreated film critics and it was also mixed with fans incredibly passionate about something they love, and even setting up fundraisers to donate money to suicide prevention funds in honor of Snyder’s daughter. Putting it in perspective, it was all for a comic book movie, and this final product still has me loving and hating it the way I did before.

The plot is similar to the first version, where the events of Batman v Superman: Dawn of Justice left Superman (Henry Cavill) dead, and with his absence the earth is susceptible to other alien beings. Now Batman (Ben Affleck) is gathering a team of warriors, recruiting Wonder Woman (Gal Gadot), The Flash (Ezra Miller), Cyborg (Ray Fisher), and Aquaman (Jason Mamoa) in hopes to defeat an evil monster named Steppenwolf (Ciaran Hinds). The plan is for Steppenwolf to steal three cubes, when combined they make his power unstoppable, and helps him call the mega villain Darkseid (Ray Porter). This sets the Justice League in motion, with hopes to find a way to bring Superman back and save the world.

That’s essentially the gist of the story, where in a four hour runtime there’s so much more to be discussed, there’s almost no way I would keep your attention. My opinion is that Zack Snyder’s Justice League is good and bad, which is why I’ve landed on 2 ½ stars. I found Affleck’s Bruce Wayne cooler this time around, having a different strength and gravitas then before. I found the CGI visuals to be atrocious, clearly relying on the additional 70 million dollars HBOMax gave Snyder to make the action look even more like a video game. The narrative structure, broken into 6-chapters and an epilogue, felt much more cohesive than before, along with additional scenes for more characters to develop. Fisher’s Cyborg is deeper in personality, Lois Lane (Amy Adams) still exists only to be a mourner of Superman, but Cavill’s Man of Steel has more moments to shine. This Justice League is a constantly swinging pendulum of what I love and a painful slog of Snyder’s mastibutory choices. Slow-motion moments that kill the energy, song drops that please fans of his past films, and action sequences that are hard to follow.

Now that the Snyder cut has been released the hope is that Zack Snyder can move on from it himself. I’m quite excited for his zombie heist film Army of the Dead, arriving on Netflix. And although I loved and hated this film, I gratefully respect the underlying sentiment of keeping an artist’s vision intact, Snyder’s bold approach of making a massively ambitious superhero epic, and doing it on his terms. Afterall, this Justice League is for the fans. They will be pleased. As for me, I’m exhausted. 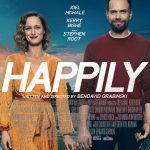 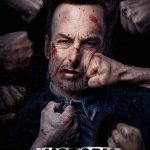