There’s a cool and challenging concept in BenDavid Grabinski’s Happily, where the scary cloud hanging over every character’s head is the truth. Not a killer on the loose, not zombies coming to get you during a pandemic, or even a home invasion, but finding out a secret truth. Sometimes that can be the scariest thing to face. What Happily does well is present us with a concept to keep us thinking in the beginning, then tests our characters in the middle, and an ending that reveals exactly how strong a happy couple can be. Kerry Bishe and Joel McHale star as Janet and Tom, a married couple that’s not just still incredibly passionate for one another, but they’re so happy, it borders on inhuman. That is until a mysterious man (Stephen Root) arrives at their house, stating that the universe has their marriage wrong and one of them needs to be unhappy. He offers an injection to set things right, but his presence creeps Tom out, so he kills him. Or so they think. When they go away for the weekend with friends, their dark secrets begin to be revealed, as well as the disturbing mysteries of their companions as well. Happily is a dark comedy with an all-star cast of characters, building tension in a wound up house of deception, boiling over into a wild and weird getaway.

It’s best to think of Happily in a structure of three acts. In the first act, we meet Tom (McHale) and Janet (Bishe) at a party. We think it’s a meet-cute, but actually we find out it’s just the two having fun role playing and releasing their sexual urges in the bathroom. The only catch is even after five-plus years of marriage, these two can’t keep their arms off each other. In fact they are such a happy couple, it makes their friends Karen (Natalie Zea) and Val (Paul Scheer) hate them. They’re uninvited for a couples trip because nobody can stand their perfection. We think it’s left at that and then the second act changes it all around. It’s here where the introduction of our mystery man turns the narrative into a bit of sci-fi, offering the life changing serum, and a murder that keeps us on edge. It’s after this where the couple is re-invited for the weekend, which is where the introduction of other houseguests makes for awkward interactions, building tension, and pulling the audience in further to what could happen next.

There may be things about Happily that are not perfect, but BenDavid Grabinski’s film is such an original piece, subverting various character actors against type, that it’s impossible not to be fascinated by it. A way that I would describe it is similar to Richard Kelly’s The Box, combined with a messed up episode of Couples Therapy. Grabinski’s sharp writing is aware and exceptional at building uncomfortable tensions between people who know one another, but evolve from the characters we might expect them to be. That works well in Happily, especially because McHale and Bishe have great chemistry, not just with each other, but with the scenario these characters are in. Bishe specifically has a fantastic, multilayered performance, while McHale steps into a new role that is great to see him challenge himself. The other fantastic factor is the setting, a labyrinth style mansion, similar to that in Swallow or Parasite, which becomes a fortress of dysfunctional relationships. With each passing minute inside the house, the various masks of each character begins to crack, bit by bit.

After Tom and Janet settle into their rooms, the couples go to their various corners, but the enclosure forces people to interact. Patricia (Natalie Morales) is the most welcoming, while her husband Donald (Jon Daly) can’t be bothered by anyone. Richard (Breckin Meyer) and Gretel (Charlyne Yi) try to keep up an appearance of cordial happiness. Eventually Tom and Janet can’t help but try to break the uncomfortable ice by telling everyone what happened before they arrived, which reveals that Tom just might be a killer, and they have a mystery liquid that would help turn the one happy couple to be as miserable as everyone else. You might say that all these couples start looking for ways to make the weekend much more interesting.

What works best about Happily is that it feels wildly original, similar to the way Jordan Peele has created his own style of social horror film, BenDavid Grabinski brings a unique mixture of dark comedy to science fiction. Happily is The Twilight Zone for disgruntled relationships, the mystery of ever knowing who your partner is, and how the truth can change the way we see people. Happily is filled with great tension from beginning to end, making it a big hit in my eyes. Consider me Happily surprised.

HAPPILY IS AVAILABLE IN THEATERS, ON DIGITAL & ON DEMAND FRIDAY MARCH 19th 2021. 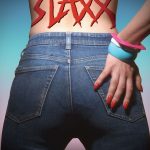 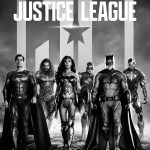