The director of Hunted wants the audience to think this is a subverted, new age telling of Little Red Riding Hood, but outside of the main character wearing a red hood, it’s not exactly sure what story it’s trying to tell. Is it a revenge story? Sort of. Is it an allegory about how men can be creepy scum bags? Yeah, it hits that point on the head with a hammer. After those points are noted, Hunted becomes a spinning wheel, repeating itself without anywhere else to go. Vincent Paronnaud directs, with some impressive visuals, and reaches to make a statement about gender politics, but it’s not enough. Hunted is the horror genre with best intentions, but it left me feeling lost in the woods.

In 2017, Coralie Fargeat made the phenomenal survival and female fight back film, Revenge. It was a blood and sun soaked eye opener and arguably one of the coolest female-inspired revenge films since Thelma and Louise. I don’t think Paronnaud had Revenge in mind, but it’s impossible to not place the two together. Hunted begins with an older woman telling a young boy a story by the fire, about the company of wolves being better than that of men. That’s the starting point and after the narrative focus is Eve (Lucie Debay), a building contractor that is frustrated with her boyfriend. She goes to a club, leaves her phone at home, and attracts the attention of a man (Arieh Worthalter). They chat, dance, share a kiss, and when they get into a car, Eve is shocked when another man (Ciaran O’Brien) gets into the driver’s seat taking her away. She pleads for them to let her out, and they do, but this is just the beginning of a terrifying night.

Later, Eve is taken again by the men, put in the trunk of the car, but soon followed by a car accident that leaves the men injured and Eve running into the forest. Now the hunt begins and what the audience can expect is a swinging pendulum, back and forth of who has the upper hand in the fight. Along the way, there are innocent bystanders that the two sociopathic men kill, and daring escapes by Eve in effort to prolong her torture. Outside of this game, there’s not much else being said in Hunted. It’s not making a statement about toxic masculinity, a misogynistic society, because these men are so out there, they’ve moved past that. It’s not making Eve a tenacious heroine because half the time she’s on the run or helpless. Hunted is better in thought than in practice. It’s less of a hunt and more of a torture.

The positives would have to be the lead performance from Lucie Debay. The actor from Belgium has a unique look and reveals a tenacious side to herself. I found myself wishing that Paronnaud and co-writer Lea Pernollet had the same approach as the film Alone did last year. Director John Hyams and lead actor Jules Willcox had a fantastic approach to a woman being chased by a sinister man and how her struggle was not only proof of her courage, but proof of the resilient women. Pernollet seems more fascinated with showing off how twisted the male character is and his psychologically messed up relationship with his simple partner in the crime. Even the lush visuals of a never-ending forest becomes muddled when scene after scene repeats itself instead of progressing the narrative.

On the surface I give Hunted a tip of the hat for its efforts of trying to make a fresh take on a narrative that’s been done before. Unfortunately, those other movies have done it much better. There reaches a point where the messaging, redundancy, and pointless violence loses the audience. Hunted does what it can to let itself go, but it’s playing a game that nobody else wants to be a part of. Seek out Revenge. Skip Hunted. 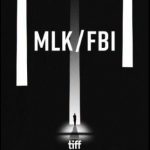 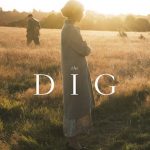