The pressure on the follow-up to Train to Busan was high. It’s never easy to follow a movie that might be one of the best zombie films in the last ten years. I won’t say that Peninsula is as good as the last one, but it is a nice extension of the series, and it’s the kind of movie you need to stick with. There’s a lot going on in Yeon Sang-ho’s film and I’m not just talking about twisting zombies attacking in hoards. This is an extraction mission, with zombies all around, on an apocalyptic island, and destruction all around. And that doesn’t even scratch the surface. Peninsula is an ebbing and flowing adventure, filled with high speed chases, intense shoot-outs and yes, plenty of zombies. If you have the patience for all the madness, Peninsula is the wild movie to see.

The easiest way to describe it is that Peninsula is similar to Escape from New York or Escape from L.A., where Seok Jung (Gang Dong-won) lives in Hong Kong where the virus has been contained, feeling guilt for the death of his sister, her son, and living in shame with his brother-in-law, but now he is given an opportunity to make a truck load of money. The task is to get into the zombie peninsula and locate the money and take it away at the port. Sounds easy, but of course it is not. When Seok teams up with Jung Min (Lee Jung-hyun), along with her two scrappy daughters Jooni (Lee Re) and Yu-Jin (Lee Ye-won), it becomes a fight for survival, from zombies, and the lone group of military survivors who want to find the money for themselves. It’s a lot that can happen and Peninsula delivers on all of the madness.

Early on, I was a bit surprised at the shifting in narrative for Peninsula. The first act is a bit slow in setting it all up, in fact it’s nothing like Train to Busan, because that is a movie that starts and never slows down. Peninsula is an interesting path, starting out as an Escape from New York riff, morphing into a mixture of Escape from L.A. and Beyond Thunderdome– there’s a zombie murderball cage match that could be a different movie- and then finishing with a night time car chase scene that would make Mad Max: Fury Road blush. Director Yeon Sang-ho is not interested in letting Peninsula get on a path and just go. The director/writer and co-writer Yong-jae Ryu are more interested in developing the characters involved, giving them a depth, which is both honest and off-putting. That depth is earned in the end, especially with death an easy outcome for all. When the jets fire on all cylinders, especially when a night time car chase, Peninsula is a hell-bent locomotive screaming down the track.

I realize how silly it is to compare Peninsula to a train, but that spirit is not lost in this installment. There is still a natural propulsion that makes everything entertaining. Where Train to Busan was a zombie train similar to Bong Joon-ho’s Snowpiercer, Peninsula makes up for the ever shifting plot points by making it work when it matters. At one point I thought Peninsula could be a 3 ½ star movie, but the ending is a bit of a problem alone.

The final parts of Peninsula suffer from “multiple ending syndrom”, where at three various moments Sang-ho could have delivered either a happy or a sad ending and anyone would have worked. The problem is they deliver all three outcomes and as frustrating as that is, it’s not entirely a deal breaker. Peninsula still does a lot of things right that I was digging. The zombies are still creepy and wild contorting monsters, the high speed chase might be the best of 2020, and I’m hoping this series will only continue. It has to. There are still a lot of zombies out there and this train needs to keep on rolling.

PENINSULA IS IN SELECT THEATERS THIS WEEKEND 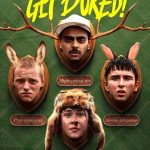 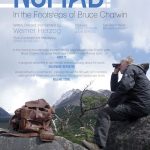 Nomad: In the Footsteps of Bruce ChatwinReviews