MOVIE: NOMAD: IN THE FOOTSTEPS OF BRUCE CHATWIN

The first time I heard of Werner Herzog was when I was reading Roger Ebert’s memoir “Life Itself”. I had still not seen a single one of the legendary directors films, but his work had made such an impact on the life of Ebert, that it would inspire anyone to seek out work that could make any human feel that way. I’ve certainly rectified the blind spot of Herzog’s work- I admittedly still need to see more of his films- but every time he releases another movie or documentary, it becomes evident that he is one of the greatest living creators of cinema today. Nomad: In the Footsteps of Bruce Chatwin might be one of his greatest documentaries yet, a bold statement, considering Herzog has released excellent documentaries, one after the other. Last year was Meeting Gorbachev, the in-depth conversation with the former leader of the Soviet Union. The year before that was Into the Inferno, a unique look at various active volcanoes, and specifically the volcano that sat behind North Korea’s authoritative regime. With Nomad, Herzog is surprisingly opening himself up, but in typical Herzog fashion, he does so through the eyes of his good friend and author Bruce Chatwin. Nomad follows the journey of a friend, the nomad people through the ages, and the lasting impact someone can have on us, long after they are gone.

It’s also incredibly hard to recommend a documentary such as Nomad: In the Footsteps of Bruce Chatwin because it’s not filled with flare. This isn’t a true crime doc that you are searching for on Netflix. I would compare Nomad to a travel log, mixed with a deep dive into the memoir of a mysterious man, and a deep friendship. A fascinating narrative choice for Herzog is that he does not show the face of Chatwin till much later on. I’m talking about the third act. Early, we know Chatwin through his voice in recordings or narrated lines from his books, specifically his most acclaimed work “In Patagonia” (1971) and “The Songlines” (1987). Chatwin’s writing and life was a constant adventure, following the lives of nomadic people in Australia, Buenos Aires, and Africa. Herzog reveals these journey’s through the things that Chatwin discovered, telling tales of Chatwin’s discovery of the skin of a dinosaur, cave paintings hidden for centuries, or friendships with an African chief. With each tale, not only is Herzog reviving the soul of his friend, but reminding his audience that the world is fascinating in all corners of the world.

The narrative structure is broken into chapters, with each chapter telling a different story, featuring interviews with various people who Bruce’s life made an impact on. Like many of Herzog’s other documentaries, why Nomad works so well is the preparation. There’s often an amazing attention to details, stories, and footage that Herzog gathers. Images of various nomadic aborigines reveals a collection of people who have been subjected to mistreatments and rarely understood by westerners. Herzog links their existence and Chatwin studying of them, as his inspiration on the book “The Viceroy of Ouidah”, which Herzog turned into his film Cobra Verde. This also includes a story of how Klaus Kinski was an actor that was so out of control that Chatwin stepped in to make sure no one man would ruin the experience for others.

Later on, this is when Nomad begins to crack the icy shell that often encases the cool personality of Werner Herzog, and reveals why this might be Herzog’s most personal film. In 1989, Chatwin would succumb to the AIDS virus, and although that would seem like something Herzog would start his documentary with, it’s revealed, in an honest way, where it never defines Chatwin’s life, but proves his humanity. Herzog culminates the life of Chatwin by talking about the author’s rucksack, which would be his symbol of resilience, and adventure. Herzog becomes emotional, even tearing up, when mentioning how that rucksack saved his life once, while stranded when traveling in the arctic mountains. It’s in that moment you see, Herzog is not talking about a rucksack that saved his life, it was his best friend Bruce Chatwin. Nomad:In the Footsteps of Bruce Chatwin is a documentary about a lot of things, but it’s about the lasting importance of friendship, in life and death. It’s a documentary from Werner Herzog and he is giving you every part of his soul. We’re lucky to see him bear it.

NOMAD: IN THE FOOTSTEPS OF BRUCE CHATWIN OPENS THIS WEEKEND AT THE MUSIC BOX THEATRE AND ON MUSIC BOX VIRTUAL CINEMAS ONLINE 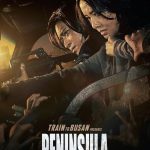 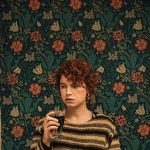