Saying that I am blown away by the grace and elegance of Shohreh Aghdashloo is an understatement. It’s difficult for me to put into words how amazed I am by her kindness. I’m a cynical person, but what I was reminded of during our conversation was to walk in someone else’s shoes. Hearing her story makes me want to find that same passion for living. Aghdashloo has a zest for life. She was born in Tehran, Iran, left the country in 1979 during the Iranian revolution, and has never returned. Not because she did not want to, but because her native country would not let her return. She fled to England, where she would attend college, earning an international relations degree, all while continuing to act in the theatre, drawn to telling stories for an audience. Her acting work brought her to Los Angeles and by a stroke of fate, her notoriety of acting in Tehran would help land her dream role and Oscar nominated performance in House of Sand and Fog. Her work continues to blossom and at this point Aghdashloo is a household name. She’s well known for her seductive voice and excellent work on 24, The House of Saddam, The Expanse, and Star Trek Beyond. I had the chance to speak with Shohreh on the phone about being nominated for an Oscar, working in the sci-fi genre, and her newest film The Cuban. Give it a listen here: 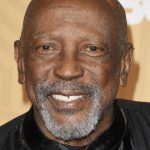 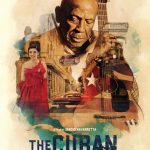