Louis Gossett Jr. is a legend of cinema, television, and the stage. He’s one of the last actors of a time in Hollywood where movie stars reigned. And if this isn’t an example of how impressive the Oscar winning actor is, to this day, at the ripe age of 84, he is having a career revival. Gossett was the co-star on the hit HBO show Watchmen and has delivered another excellent performance in The Cuban, playing an elderly man with dementia, who develops a beautiful friendship with one of the nurses at his assisted living home through a shared love of music. Like many of his other performances, Gossett is doing things with a subtle grace that only could be pulled off by someone of his caliber. Having the chance to interview Gossett was a dream come true. He’s an inspiring person as much as an inspiring actor. This is someone who won the Emmy for his work on Roots, was the first Black man to bring home the Oscar for Best-Supporting actor, and has made fighting climate change his goals in life. Gossett has a philosophy of taking care of the planet so we can take care of ourselves. I was extremely lucky to talk to Louis Gossett Jr. for my Hot Seat Interview on AMovieGuy.com. Give it a listen here: 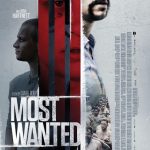 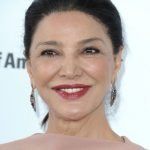