In 2020 the hits just keep on coming. A pandemic, a recession, murder hornets, people losing their lives, and people losing their jobs. The only thing we can look forward to are the movies we get direct at home, right? Right? This weekend we get Scoob!, a new animated film following the hijinks of that wacky Mystery Squad, featuring Fred (Zac Efron), Velma (Gina Rodriguez), Daphne (Amanda Seyfried), Shaggy (Will Forte), and his friendly talking dog Scooby-doo (Frank Welker). The colors are bright and it’s something to watch with the kids, but as soon as it ended I had to wonder, do today’s kids care or even know about Scooby-doo? Director Tony Cervone and six different writers seem to think so, but don’t have the confidence to let the audience consume anything that they just watched. Scoob! is a fast moving, colorful, and unfulfilling waste of money. I mean, like, zoinks! Did I think Scoob! was awful.

In the first ten minutes, Scoob! is quite promising, beginning with a cute origin story of how Shaggy and his hungry canine friend met. Scooby steals some meat, a police officer takes chase, and lonely Shaggy vouches for the pup, in the process making him man’s best friend. It’s then followed by the early meeting of the Mystery Squad and it’s this young and energetic team that I was hoping to follow, but it’s sadly just a launching pad to catch anyone up who wasn’t born before the year of 1985. The real plot involves the Squad wanting to make their ghost hunting a lucrative business, but when the devilishly evil Dick Dastardly (Jason Isaacs) takes chase after Scooby and Shaggy, the team becomes separated. The rest of the plot involves a helpful hero by the name of Blue Falcon (Mark Wahlberg), his side-kick Dynomutt (Ken Jeong), and Dee Dee Skyes (Kiersey Clemons) teaming up with Scoob and squad to retrieve Macguffins dog skulls, and stop Dastardly from destroying the world. Standard stuff.

When it comes to animated pictures, there are two types: 1) a genuine narrative focusing on a good story for all audiences to enjoy- See Toy Story 4- or 2) a bright, sugar soaked cash grab, that studios want to keep the kids entertained and get your parents cash on the pile. Scoob! is number two. This movie never stops to breath and has no interest in making any sort of statement. It’s an animated movie paint by numbers or the checklist of standard kids movies. Is it colorful? Check. Is it a story about friendship? Check. Can we get parents to fork over twenty bucks at home? Check. All of those reasons and more should give you pause. If you are a parent like I am, you are already spending eight dollars a month on Disney plus, you have plenty of other options to view at home.

Scoob! is a sad reality of animated movies today, that a property such as Scooby-doo and other Hanna-Barbera characters are just repurposed for new kids to consume. It’s missing all of the charm or edge that the Scooby-doo cartoons had on TV, lacking in any mystery, laughs, or adventure. Scoob! Is the cinematic equivalent to a bag of Scooby-snacks. It looks good, it’s briefly filling, but you will forget you ate anything before dinner time. There are so many other movies, other things during quarantine that you can Scooby-dooby doooo. 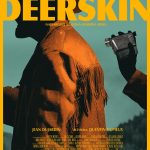 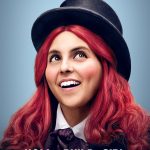 How to Build a GirlReviews