On paper, a movie starring Keanu Reeves and Winona Ryder in a romantic comedy sounded like cinematic gold. The pair of actors that got their careers started in the 80’s, have had simultaneous career revivals in the last few years. Reeves with his major success kicking-ass in the John Wick films and Ryder stealing every episode as the worried mother in the smash-hit Stranger Things. The work these two have done in the past, present, and the cult-fan-following they already have, cannot be tainted by their efforts in Destination Wedding. After all, it’s not entirely their fault. The blame would rest on director/writer Victor Levin, who thinks just getting these two on the screen to talk together is enough. Destination Wedding is a trip one should never take.

It begins with a meet-cute moment at the airport, Lindsay (Ryder) and Frank (Reeves) patiently waiting for their airplane to arrive. The conversation starts kind, with a few compliments to one another, but quickly turns to intense bickering, after Frank steps forward to reveal his discomfort in small-talking to Lindsay. There are not many people on the flight to Paso Robles, California and after a brief conversation on the plane, the two realize they are headed to the same wedding of Lindsay’s ex-husband. Even worse, they are stuck with each other for almost every step of the weekend. Clearly these two hate one another. Or do they actually have a lot in common? These two are so miserable, they just might be perfect for one another.

Now look, I am typically a big fan of movies that involve long conversations. When it is done right, there is much to love and appreciate. The Before Sunrise, Sunset, Midnight Trilogy is the gold standard of a conversation film, as Richard Linklater crafted those works to make the conversations seem authentic. Destination Wedding is as staged and wooden as could be. Reeves, Ryder, and Levin are having fun with making the film, which involves various wine-country locations, and a chance for the two actors to be silly in their cynicism, but it’s not much fun for the audience. This is the one instance where injecting one or two more characters would have gone a long way.

I wish I could tell you that Destination Wedding was exactly what we are expecting from a movie with two acting legends like Keanu Reeves and Winona Ryder. And yes, I said legends. Point Break. Bill & Ted. Heathers. Edward Scissorhands. The two actors have worked with various directors of all kinds, Kathryn Bigelow, Francis Ford Coppola, Tim Burton, and on and on. Sadly, it’s not enough to work off of their popularity to make a movie work. We have to care about these two, which they are so sick of love, while attending a wedding for people they hate, so it becomes a massive bitch fest of why everything sucks. I’m cynical too, but after the first two scenes, Destination Wedding is as painful as a kick to the head from John Wick. 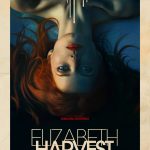 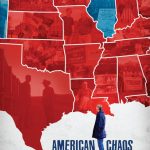