At this moment in time, newspaper articles, newscasters, pundits, and documentaries like American Chaos, continue to ask why and how Donald Trump became president of the United States. We are two year’s into his presidency and at this point, if you don’t know the answer, then my guess is that you tell yourself lies or you just aren’t paying close enough attention. Maybe you’re in a bubble? Or you just don’t care. Barack Obama was our president for eight years and out of the ashes of anger and racism grew this abscess known as Donald Trump. The Director of American Chaos is James Stern. He grew up in Chicago, a Kennedy Democrat, and he captured his journey into the heartland of America to find out why people were voting for Trump. My biggest problem with American Chaos? The documentary reveals nothing new, while the subjects at hand do not deserve our empathy or an entire documentary dedicated to “understanding” them. There have been a countless amount of articles in the New York Times trying to see things through their eyes of the Trump supporter. Trust me, whatever we wanted to learn has already been documented. They followed the carnival barker and the chaos is what we’re left with.

My rating on American Chaos may be a bit skewed, I am not afraid to admit that. I found watching a documentary that forces you to re-live the 2016 election to be a painful practice. You know the result. Those who are passionate for Trump might enjoy watching Stern talk with other likeminded people. He travels to the state of Florida to speak with those who supported him no matter what he said or did. They will find the flashbacks to the Republican National Convention as an ugly mirror, where fellow supporters wear t-shirts that say “Trump that bitch”, or attend rallies where an African-American women is pushed around by others, while fearless leader says “get them the hell out of here!” It’s not something I am making up, it’s what is on display, and the people that Stern travels far and wide to “understand” don’t care that they lay with the dog that has fleas. They want the fleas to join in their passion.

It’s not all directed blame at the political left or right. One of the major problems with American Chaos is Stern’s approach to the subjects. There’s little to zero push back from the director. He walks around outside the convention in disgust, shaking his head in disbelief. He ventures out to the West Virginia Mountains speaking with out of work cole miners, one of them who declares, with a dead stare, that Hillary Clinton should be murdered. And this is supposed to be an observational revelation? The better documentary would be if Stern went back today to visit his subjects and see if they still support the then candidate. Or if all of their dreams have come true since Trump’s rise.

Day in and day out I ask myself what the end result is of four-years with this current administration and no matter what we end with, I know that the damage has been done. I don’t say this dramatically. Not just squarely on Trump, but on the 2016 election, which will go down as the presidential campaign that divided the country for good. I may sound cynical and that is because I see no going back. How can you look a relative in the eye knowing they supported a man who sexually assaulted more than 17 women? And what result do we have now that people stuck with the guy that wouldn’t condemn nazi’s? This is who we are. This is who we will always be. No more comfortable Thanksgivings. No more United States. Always American Chaos. The Divided States of America. 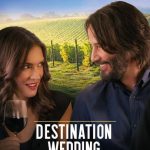 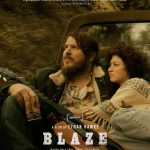