The title of this movie is Bleeding Steel. Without knowing the plot, I assumed this was going to be an awesome Jackie Chan action flick, that would involve a cop that has injected with some kind of super serum that gave him steel blood, making him a super soldier that can’t die. And if you think my imaginary plot was ridiculous, wait till I tell you about the actual plot of Bleeding Steel. Writer/Director Leo Zhang and co-writers Siwei Cui and Erica Xia-Hou, had to have been on drugs writing this thing, or just wanted to combine every genre available to create a massive super spectacle. You have legendary stunt-action star Jackie Chan, in a movie that starts as a police drama, then quickly becomes a Star Wars-like sci-fi film, adds a little bit of kung-fu fighting, some intense action sequences like Mission: Impossible, and sprinkles in the melodrama of reuniting a father and his daughter. Bleeding Steel is terrible, but it might be so terrible that you have to see it.

The opening scenes throw a lot at you, so try to keep up. Lin Dong (Chan) is a police officer whose daughter is sick with leukemia, but instead of spending time with her, he is summoned with the task of helping to transfer Dr. James (Kim Gyngell), a mad-scientist that created an artificial super heart, to a safe facility. During their mission they run into a demon-like man named Andre (Callan Mulvey), who arrives with his painted white head, red paint all over his mouth, looking like a character from Guillermo del Toro’s Blade 2. This turns into a wild shootout, followed by explosions, leaving our hero Lin Dong (Chan) in a coma, Andre dead, and the heart in the possession of the evil leader. Fast-forward years later, with Lin waking to find out his daughter had passed, with Dr. James’ science resurfacing with a hacker named Leeson (Show Lo), and a girl named Nancy (Na-Na OuYang).

Now, I consider myself an avid student to the films of cinematic artist extraordinaire Jackie Chan. Even at the ripe age of 63, the Police Story star still has what it takes to draw me to a film, but Bleeding Steel shows cracks in the actors iron. There are barely enough fighting sequences to remind us of what Chan is capable of, but for a movie that he occupies 80% of, this feels lacking in his magnetic presence. It does not help that none of the seven different genres ever work, including a fight scene high upon the Sydney Opera House, which looks like an out of place CGI stunt, which has to be a first in Jackie Chan’s career. There is also an odd retro feel of misogyny in Bleeding Steel, where the woman characters are damsels in distress or fierce man-haters. The plot may take place in the future, but the themes are from the past.

As the narrative proceeds, Bleeding Steel only grows weirder and weirder. For some reason there is a robot droid army growing behind Andre as his power grows, a sub-plot about Nancy being the reincarnation of Lin’s daughter is an attempt to add emotion, CGI spaceship scenes look similar to a Sharknado installment, and Chan looking like he’s lost a step just depressed me. You would be better suited to watch some of Chan’s older, greater works such as Police Story 2, Drunken Master, or Rumble in the Bronx. This is not the Jackie Chan I know. Bleeding Steel is a hunk of junk. 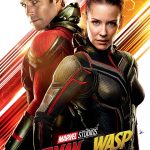 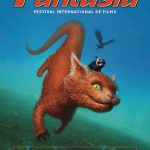