In Montreal, Canada there is a film festival called Fantasia and when it comes to enjoying good movies, it never disappoints. Last year was AMovieGuy.com’s first year covering the fest, but this year I am extremely excited because it is filled with a variety of unique genre films. Some of the highlights of this years Fantasia Fest are cool retro screenings of Joe Dante’s Gremlins and The Howling, a master class from Wanted director Timur Bekmambetov, and some of the must-see movies of 2018. So which movies am I most excited about seeing at the festival? Here are AMovieGuy.com’s 5 Most Anticipated movies at Fantasia International Film Festival 2018:

I don’t know much about the work of director Josephine Decker, but I do know that her newest feature Madeline’s Madeline left Sundance as an independent phenomenon. It is a movie that seemed to take on a life of its own, with a startling performance from newcomer Helena Howard as Madeline, a young girl who has her own mental issues, but learns to cope through her acting class. When the young thespian begins to take on her roles to an extreme level, the audience begins to turn the focal point onto the process of the drama and the depths with which Madeline’s mind will go. RogerEbert.com called it a viewing challenge, so I am certainly up for something like that.

Who doesn’t want to see a movie where Nicolas Cage goes crazy? No matter what you think about the Oscar-winning actor or his recent streak of low-budget and direct to VOD films, the buzz is that Mandy is a movie you won’t want to miss. This is the closing night film, directed by Panos Cosmatos, who made the psychedelic indie film Beyond the Black Rainbow in 2010, and now follows that up with a movie about revenge and madness. Is there anything more you could want from a Nicolas Cage film? On top of all of that, the description alone should entice you: “a broken and haunted man hunts an unhinged religious sect who slaughtered the love of his life.” Sounds like a perfect Fantasia recipe.

3) UNDER THE SILVER LAKE

How does somebody follow up a horror masterpiece like It Follows? David Robert Mitchell set the bar extremely high, but  now he has our attention for Under the Silver Lake, which generated immediate attention after the trailer release, and has star-studded cast including Andrew Garfield and Riley Keough. A24 produced the film, which is about a man named Sam (Garfield) who becomes obsessed with a murder mystery, and the it has already been pushed back to an Oscar-season release in December, so if you have a chance to see this now you better jump right in.

Every year we get a new Takashi Miike movie, I never get tired of them, and yes, I want to see every one. Miike went back to his bread and butter of the samurai story in the bloody fantastic Blade of the Immortal, one of my favorite movies of 2018, but this time he dives into the supernatural in Laplaces Witch. Sho Sakurai stars as a geochemist professor helping with a case of recent murders involving sulphide poisonings, but when he pairs up with a woman who possesses the knowledge of how the murders occurred things become twisted. I have always left Miike’s films feeling like I saw something that made me react. I expect nothing less from Laplaces Witch.

Last year, Joel Potrykus made a independent film called Buzzard that made a lot of noise in the cinephile circles. Naturally, my ears perked up when I heard that Potrykus’ newest film Relaxer would be a part of Fantasia 2018. I also got excited to hear that Relaxer was a film about survival on a couch. Isn’t that something we’re all trying to do? Joshua Burge stars as Abbie, who is determined to beat level 256 on Pac-Man, right before the impending Y2K apocalypse. What better metaphor and example of life today than a man playing video games until his death? Not to mention, AMovieGuy.com favorite David Dastmalchian co-stars, making it a movie that I can’t miss. 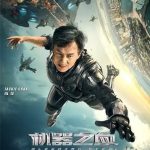 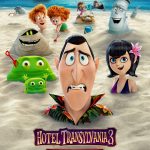