I was surprised that I couldn’t see my breathe after watching the bone chilling horror film- The Blackcoat’s Daughter. Eerie is one way to describe this film made by director Oz Perkins, but it’s also one of the more intelligent possession films that I’ve seen in the last five years. Focusing on a trio of teenagers, two stranded at their boarding school during a winter break, one lost at a bus stop; there is an impressive sense of calculated menace, with a hair raising score, and fantastic third act. The Blackcoat’s Daughter is creepy to the core.

The focus starts on Kat (Kiernan Shipka), left at the school, because for some mysterious reason, her parents can’t make it to pick her up for break. Immediately, one gathers from Kat’s flashback images of death, that there is mystery to this story and the exact reasons for why her parents can’t make it are never entirely clear. For Rose (Lucy Boynton), she is stuck at the school for different reasons, considering she told her parents not to come till next week, and there is the possibility that she is pregnant. Either way, the two are left alone, with the women who take care of the school, and a creepy aura that is hovering over this setting.

Director Oz Perkins, who also wrote the script, is working with some cool themes here. There is a lot of build up, till we get the horror parts, but much like Robert Eggers award winning film The Witch, there is a message of fear, shame, and innocence lost in the films three female characters. Emma Roberts arrives later as Joan. We see her first in a restoom, cutting off a hospital bracelet, stranded at a bus stop, and looking for a way back to the boarding school. When she is picked up by Rose’s parents (played by Lauren Holly and James Remar), it’s revealed that this interaction is 9 years later, and the connection between all the characters involved becomes even more clear. There is a demonic spirit that exists inside of these teenagers, possessing them, I just can’t really tell you who exactly.

I will say, early on, I was not entirely ecstatic about the pace of The Blackcoat’s Daughter, but what helps overcome these issues is a fantastic third act and a top-notch production. The cinematography by Julie Kirkwood focuses on the boarding school hallways with little hints of light and dark shadows. And boy, what fantastic use of sound editing and score. The noises of squeaking and creaking are enough to make you mad, not to mention when bodily harm is done to others, it’s sounds like this that make your skin crawl.

The Blackcoat’s Daughter is a strong film, doing all the right things you want out of the genre it is labeled under. There is an arthouse appeal, while playing around with common horror cliches, such as boarding schools or demonic possessions. The performances from all three leads is a near perfect blend of relative unknowns blending into their characters, especially Boynton whom I loved in Sing Street. I’ll leave you with a few reasons to go see The Blackcoat’s Daughter: 1) after it’s over, you will want to run out of the theater with fear and 2) it’s the kind of movie you want to watch a second time, just to pick up on anything you might have missed. Those are more than enough reasons why The Blackcoat’s Daughter is a scary good time at the movies. 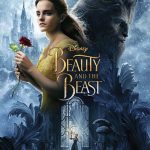 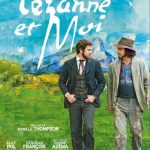