MOVIE: CEZANNE AND I

In Cezanne and I, the films focus is on the friendship between impressionist painter Paul Cezanne (Guillaume Gaillienne) and author Emile Zola (Guillaume Canet), but what I found most refreshing was that even though this is a film set in the 1800’s, the relationship between these two artists feels current for any time. The push and pull between these two men is the central focus, in a film that highlights exactly what it means to be a tortured artist. What rises to the surface, is a unique expression of masculinity, and how one’s passions can drive someone closer to the art they hope to create, or further away from the ones they love. If anything, Cezanne and I is a film about friendship conflicting with creation.

The writing & direction from Daniele Thompson is not focused on digging into the mental psychology or outside relationships of this famous friendship. Instead she zones in on the path these two men took together, while they worked in a world surrounded by beauty. Cinematographer Jean-Marie Dreujou manages to create images that look like moving paintings. Conversations in a small boat between the two men seem almost dreamlike. Few scenes are without pops of color and often in the sunlight. These images allows the audience to see what both men were gazing at and how easy it was to be inspired. For Cezanne however, his inspiration is drawn from his tortured soul, which is also a major part of the film.

Although the narrative structure often repeats itself, the conflicted relationship between these two was built on their disagreements. Beginning from the time they first meet as children and continuing to their old age, the friendship is slightly fractured by their shared love for Zola’s eventual wife Alexandrine (Alice Pol), a constant reminder as someone these two men shared sexual passions with. As the narrative bounces back and forth in time, the pieces come together, revealing how their friendship remained strong through sheer will, especially as Zola’s writing career became confidently successful and Cezanne’s paintings became seldom noticed, as he struggled to break from his parents privileged wealth. I often wondered how and why Zola stuck with Cezanne during his drunken, disgusting times, but like a bad painting, a friendship can be a beautiful mess.

In terms of learning about these two artists, it feels pretty standard information divulged, something anyone could read in Wikipedia. I am, however, most likely the target audience for this film. I knew next to nothing about Cezanne and Zola. I am certain to have heard the names on an episode of Jeopardy, but to track their lives in the way Thompson does is quite honest. The performances from Gaillienne and Canet is like a fencing match. They circle each other, often waiting for their time to strike up their madness or passion for one another, it’s fascinating to see from beginning to end.

Now I can’t say Cezanne and I will be a winner for everyone. I think I was able to connect with it strictly because it was fresh new information to me and I found the portrayal of a platonic friendship between these two men to be one of the more inspired portrayals. There is little fear from Thompson to paint these men as two people who had a love for one another. A love that includes all that comes with it. They were angry with one another, passionate about their work, laughing at their jokes, in love with the same women, embarrassing at the dinner table, kind to their mothers, and supportive of each others work. When they had their inevitable falling out, it was the only thing left for them to do. By the end, they had sucked all the life out of the best friendship they had ever had. 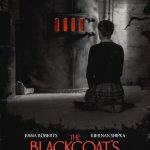 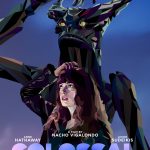