I found Denial to be extremely important in the year 2016. Here is a movie about acclaimed writer and historian Deborah Lipstadt (Rachel Weisz) who helped restore the respect that millions of Jewish people who lost their lives to the Holocaust deserve and exposed those who denied Hitler’s reign of terror. What makes the telling of her success such a value, is that it hits on something that should be cherished more each day: The Truth. Living in the age of the internet has its benefits, but with things like Breitbart and news being accepted from the posts our friends put on Facebook, getting the facts right is more important than ever. Denial has a stellar performance from Rachel Weisz and hopefully reminds audiences that the truth matters.

The plot is a standard courtroom procedural, with the one caveat being that the person on trial is in a position where she must keep quiet and trust her legal team. In 1994, Lipstadt was a professor at Emory University and had written many books, specifically Denying the Holocaust (1993), which debunked and criticized those who denied the atrocities ever existing. One specific person, was British nationalist and Nazi sympathizer David Irving (Timothy Spall), a man who not only believed the holocaust never happened, but believed the Third Reich was helping the Jews that were held in camps against their will. Although it seems insane to think that someone could believe this, when Irving brought a libel suit against Lipstadt and Penguin Books LTD, the case turned into a trial to prove that yes, the Holocaust did happen.

Playing Lipstadt to near perfection is Rachel Weisz, who has had as good a year that an actor could have. Her performance, from the top of her head with crinkly bobbed hair, her thick Brooklyn accent, and a general determination to get the emotion right, is what I loved about all of it. She’s also working with some superb support here. Tom Wilkinson as her head legal council-Richard Rampton- engages in well thought, conflicted debates over blood pudding with Lipstadt. Timothy Spall, who finally earned best actor praise at the Canne film festival for his biopic performance in Mr. Turner, is accurately vile here as the bombastic Irving.

Director Mick Jackson (The Bodyguard; Temple Grandin) and the screenplay from David Hare, makes sure to nail the truth part of the film. There is a steadiness created, after Lipstadt is approached by family members of those who survived and lost lives in the Holocaust, the pressure builds for her to speak up. There is a certain amount of praise earned by Jackson for not dramatizing with overblown theatrics and letting the story speak for itself.

Many will see Denial and immediately be able to relate it to today’s political environment, where the truth has been bent by those on the right and left, and media outlets that promote all-out lies to gain more viewers. That is the correct correlation and an important one. The truth should be valued and is more important than ever today. We must hold facts on the highest pedestal and believe them as so. As Lipstadt says “what you can’t do is lie and expect not to be held accountable for it”. Wise words to live by. Denial is necessary for everyone to see. 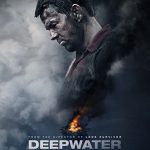 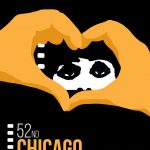