When it comes to making movies, you can’t say that Peter Berg doesn’t do his homework. The director of Lone Survivor, submerged his actors and himself into the military world that Marcus Luttrell lived and breathed, which made for an intense movie about the Navy SEAL overcoming insurmountable odds. In his recent film- Deepwater Horizon, Berg miraculously finds a way to make the ins-and-outs of an offshore oil rig, in the Gulf of Mexico seem interesting, before the intensity hits, in an explosion that left 11 crew members dread and created the worst oil spill in U.S. History. Deepwater Horizon tells an intense, although tragic story, where the greed of the BP oil company overshadowed the hard working employees.

Mark Wahlberg stars as Mike Williams, a family man with a daughter and wife Felicia (Kate Hudson given very little to do) waiting back at home. His job involves maintenance on all the hardware of the rig, making sure that everything is running in top shape. This is all under the tutelage of Jimmy Harrell (Kurt Russell) or as the crew likes to call him- Mr. Jimmy. The relationship between these blue collar men & women, from rig operators like young Caleb Holloway (Dylan O’Brien) to dispatcher Andrea Fleytas (Gina Rodriquez) is one of mutual respect. Unlike the distance that is between the BP big wigs, lead by the southern twanged Vidrine- played by John Malkovich in a scene stealing performance, sounding like Colonel Sanders with an investment in the major oil company.

Early on, Berg shows the obvious agenda of the suits, which was to make as much money possible, which included bleeding the ground dry of any oil, but also neglecting any money spent on the upkeep of the rig. Wahlberg does an excellent motor mouthed monologue to explain the multiple problems with the ship, stating that maybe this rig is a disaster waiting to happen? The screenplay by Matthew Michael Carnahan and Matthew Sand is equipped with heavy jargon, while the cinematography Enrique Chediak has a strong mapping of the massive island machine, from the helicopter landing pad to below surface level, where the oil pumps from. If you know nothing about oil rigs before, you will now.

Berg’s expertise kicks into gear with creating tension before the boom strikes. Conversations between higher-ups and middle workers stretch the tension like air filling a balloon. The explosion itself is something else, where the camera passes through clouds of fire, navigating the corridors much like James Cameron’s Titanic. When the blast hits Williams and Mr. Jimmy the doors fly off with violent ferocity, that is both equally shocking and scary. Placing audiences in the thick of the tragedy not only heightens the serious nature of what BP did, but also a testament to the human spirit of survival.

Oddly enough, what Berg and Wahlberg have found together is a niche that works at the movies today. It is a mixture of American patriotism and stories about the middle class, much like what Clint Eastwood has recently found. A problem I had was the unnecessary addition of both religious and right-wing undertones, which feel forced into the story. One shot of the American flag waving with flames in the background is fine, three is too many. By next year, the Berg/Berg team will have their film about the Boston Marathon bombings and I see little reason for it not to be a big hit.

From below sea level to the top of the rig, Deepwater Horizon is a rousing accomplishment. The solid performances from Wahlberg, Russell, and Malkovich hold it together, while the spectacular work by Peter Berg shows a directors craftsmanship. It is if anything, an appropriate message to the greedy oil companies that have had a hand at ruining our environment and for the hardworking people who tragically lost their lives. 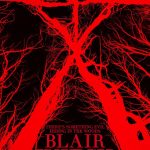 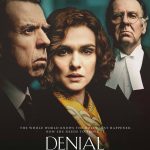