MOVIE: EMBRACE OF THE SERPENT

Embrace of the Serpent is a journey through the Amazon jungle and a story of survival for native tribes that live off the land South America. We follow two different time periods, as Karamakate (Nilbio Torres), a shaman and the last man of his people, at different ages in his life, guides two European explorers searching for a plant for its medicinal, healing purposes. As we progress down the river, we witness the battle between man, nature, religion, and the resources they seek, which becomes the downfall for the spiritual nature that surrounds them.

Based on the diaries of two real-life scientist journals set in the 1900’s and shot with beautiful black and white cinematography by David Gallego, we see Karamakate standing tall at the edge of a river, wearing his loincloth, face paint, and his sacred necklace. A boat approaches with a guide and explorer Theo Koch-Grunberg (Jan Bijvoet), deathly sick and searching for the healing power of the Yakruna plant. The two men are able to put aside their differences in order to help each other, but their journey will unveil the wickedness of mankind, among the beauty of the landscapes.

Director/Co-Writer Ciro Guerra’s film has an underlying message of religion vs. science. There’s a butting of heads, where the European explorers’ efforts are to study the environment, while also instill their beliefs of science and knowledge. Meanwhile, the Amazon peoples rejection of their ways is based on the mistrust the white man has shown them, killing the people for rubber and enslavement. At both time periods, Karamakate asks Theo, and later some-40 years to the scientist Evan (Brionne Davis), to get rid of their belongings and live off the land. In another scene, Karamakate asks Theo’s guide, why he allows the white man to enslave him? The guide believes in his friendship, stating that he is a free man, who is learning a “better” way of life.

I found Embrace of the Serpent to be haunting in its visuals and unrelenting in submerging us into the jungle. In many ways, this film is a spiritual voyage for the scientists, pacing back and forth between the two, showing a parallel of growth between Karamakate and the way he viewed those who destroyed his land.

It is easy to see why Embrace of the Serpent was nominated for a Best Foreign Language Oscar, as it wraps us in its grasp, creating a dreamlike experience. It has a bigger message of protecting people of the land than The Revenant, visuals that relate to Darren Aronofsky’s religious take in Noah, and the message of how religion can be one’s demise, like in this past February’s- The Witch. Either way, it’s a film that takes us into the jungle that audiences should slither their way into. 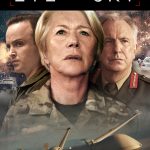 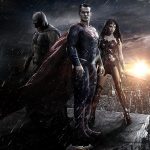