I have watched enough B-Movies to have my fill for the year. These movies exist in the form of low-budget opportunities, which are typically stacked with actors looking to make an impact in show business or just there for a paycheck. To give you an idea of these types of movies, they usually star Nicolas Cage, which I understand because for Nicolas Cage, his taxes need to be paid.  Some have action stars like Dolph Lundgren or hip-hop artists like Curtis “50 Cent” Jackson, because this is their bread and butter for “acting”. And then you have this movie- Heist. A hijacked bus thriller directed by Scott Mann, with appearances from Robert De Niro and Kate Bosworth. They arrive in scenes as if a producer had found them chatting with a gaffer on the studio lot and asked “hey can you spare 5 minutes?”

Heist stars Jeffrey Dean Morgan as Vaughn, a blackjack dealer at a casino called “The Swan”. It is run by the toughest man in town- Frank “The Pope” Silva (De Niro), who is spending his birthday with mobsters and politicians that he has on his payroll. For Vaughn, being surrounded by cash and crooked mobsters, does not make for a comfortable situation, considering he is $300K in debt because his daughter is dying in the hospital. She is in need of a transplant of some sort, the movie is never that clear, but when “The Pope” rejects giving Vaughn a loan, he turns to big bruiser Cox (Dave Bautista) whose plan to rob the casino is quickly put together using a condiment diagram. When the plan goes wrong, which was never in doubt, they hijack a bus, in an attempt to escape with the money in hand.

The info on Heist is that at one point the title was Bus 657, which would have been a somewhat smarter title. The bus becomes our setting of the action, as Pope sends his dogs to chase after his money. I use the cliché of “sending the dogs after them”, because Morris Chestnut’s character is actually named Dog. Later on, Zack Morris himself Mark-Paul Gosselaar shows up, stealing scenes from everyone, as a crooked cop hunting them down. Meanwhile, Gina Carano plays an overzealous police officer that delivers her lines more robotic than RoboCop. Back on the bus there are many nose-to-nose confrontations between Bautista and Morgan about what’s right and wrong, as Vaughn plays the Mahatma Gandhi of men holding a gun to someone’s face. Ya see, his thievery is okay, since he’s just trying to help his sick kid.

With obvious reminders of movies such as Speed or The Taking of Pelham One Two Three, you would be better off watching those instead.  Even the action in Heist fails to raise the film’s interest level above a few humored laughs.  When police motorbikes approach the bus to stop its momentum, it turns into a barrage of fake explosions that do not impress. If a few less actors were paid, maybe the pyrotechnics budget could have been increased.

And for De Niro, it is not that his performance is bad, he actually seems to raise the movie to a tolerable level, as he out-acts his co-stars. Bobby D rejuvenated his career with David O. Russell’s American Hustle and got high praise for this year’s The Intern, so his agent should tell him that he does not have to be in a movie like Heist. Leave these roles for someone who needs them. How about Nicolas Cage? 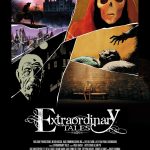 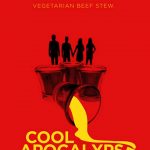