When putting together an anthology film with animated tellings of five Edgar Allen Poe stories, sometimes the best move is to just let them speak for themselves. Or in Raul Garcia’s Extraordinary Tales, you get some of the greatest voices in Hollywood, such as the late great, Christopher Lee and Bela Lugosi (through the magic of audio recordings) and have them read the stories alongside the beautiful artwork on the screen for visual effect. Even though there are some odd narrative choices along the way and a brief run time of 73 minutes, Extraordinary Tales is at least a visual success, while keeping Poe’s classic works informative for its audience.

The film begins with a raven (Stephen Hughes), representing Poe, in a cemetery speaking to a gentle voiced statue that represents death (Cornelia Funke). The two of them debate Poe’s work and the fascination with death, while the conversation leads to a different story and a different style of artwork. The opening starts with The Fall of the House of Usher, narrated by Christopher Lee whose voice gives any story a sense of fear and doom. It is paired with animation that looks blocky, like the Star Wars: Clone Wars animated film, but the color palette is a dark maroon, black’s, and shadowy greens that cast a perfect shadow with Lee’s voice.

The second segment is the most famous of all of Poe’s work and is done in a classic style, voiced by a classic actor. Through the magic of old audio tapes, Dracula himself, Bela Lugosi voices The Tell-Tale Heart. The animation is done in a crisp black and white, as how many of Lugosi’s classic films were done. This may seem to some as a basic way of telling Poe’s most famous work, yet the addition of Lugosi, and the forward portrayal of the story feels right. Garcia doesn’t get too fancy with something that is perfect just the way it is.

Along with those, we also are given three more stories- The Facts in the Case of M. Valdemar, which has animation that looks as if a 1960’s comic has leapt off the pages. The Pit and the Pendulum (narrated by Guillermo del Toro), which is unfortunately the weakest telling in the animation department. It looks like an old Playstation video game story segment instead of a unique animation pairing. We then finish with the best imagery of the film in The Masque of the Red Death. With almost zero narration, Garcia allows the colors and paints to pop off the screen. There is a look of a moving painting, still waiting to dry, that suggests that Garcia wanted to eliminate the narration in order to make sure his audience focused on the art, not the fear. If that was his goal, it worked for me.

If Poe’s stories and the vibrant animation work for you, then you may enjoy Extraordinary Tales. It is a film that feels way too short and there are some odd filmmaker choices, such as always having a new title card with each story reminding us that the works are written by Poe. That seems like something we could be told once. Either way, it is nice for a change that the works of Edgar Allen Poe are treated like art, instead of being ruined in a mystery bio-pic with John Cusack (The Raven). And trust me, if you haven’t seen that version, Extraordinary Tales is much better. 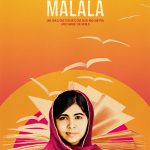 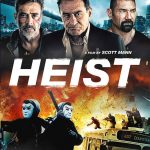