There are moments in director Ramin Bahrani’s 99 Homes that present themselves like a horror film. With a jolt of reality, that will strike fear into all of us, the Man Push Cart director, shows the spokes of the corrupt wheel that was the recent housing crisis. It was an epidemic that many dealt with, banks foreclosed without warning, leaving families on the streets. It resulted in suicides, loved ones torn apart, and rich men at the top, who acted like hammers hitting the nails. 99 Homes is not just a well-made film, it is a film that should shake the very foundation of the subject it deals with.

Andrew Garfield stars as Dennis Nash, a single father, living in Florida with his mother (Laura Dern) and son (Noah Lomax). He is a construction worker, who does everything he can in order to keep paying the mortgage he owes to the bank. Unfortunately for him, the day has come where the bank has sold his house to Carver Realty, which is run by the wealthy and powerful Rick Carver (played devilishly by Michael Shannon). He comes to his evictions armed with a gun, prepared like a man approaching the zombie apocalypse. While, Nash and his family, become another one of the many victims of Carver’s routine evictions, putting Dennis in a situation. His back is against the wall, and making a deal with the devil is now the only way to get his family home back.

In a shocking and powerful opening, Bahrani uses a steady-cam, single shot, that follows Carver through a home he is currently evicting the residents from. The typically lower-budget director, uses an excellent score to set the mood of fear, but the shock comes with a gruesome shot of the owner’s brains splattered on a mirror in the bathroom. This is what is at stake. Bahrani is a director of films that speak for social justice, especially for those whose voices need to be heard. Having a home is not just about having a roof over your head at night. These homes are the livelihood of the families involved. A combination of embarrassment, fear, and rage overcomes those who lose it all, while the wealthy keep on getting richer.

Yet, as Dennis continues to help Carver with his business, the script, which was co-written by Bahrani and Amir Naderi, begins to reveal a human side to the megalomaniac’s rise to power.  There is a narrative thread about the American dream and how, even though he may not like the position he is in, it is not Carver who put Dennis in it. It is the American banks. The situation is switched when Dennis becomes the one kicking families out of houses for Carver. Both Shannon and Garfield give powerful, human performances that show one man’s fight for his family and another man’s fight for his enormous wealth. The Oscars should take notice.

99 Homes is filmmaking that speaks for the working class. Bahrani’s cinematic history has delved deep into the lower-middle class of the world, especially in films like Goodbye Solo and Chop Shop. Yet, even here with a larger cast, which includes strong support from Dern and Lomax, he is still able to send a message to the 1%, who may not understand what kind of effect they have on us all. That number 99 is certainly bigger than 1, and 99 Homes is about all of us. 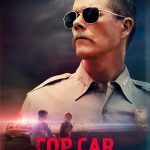 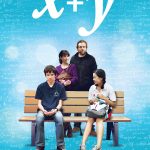