The big news surrounding director Jon Watts is that he has inked a deal to direct Marvel’s next Spider-Man reboot. The trend has been that Marvel hires directors who have had success with independent films prior to sitting behind the camera for their superhero assembly line. Now before the cinema hype machine grabs hold, you better take the opportunity to watch Watts’ excellent new film, Cop Car. It is about two 10 year-old boys, who have run away from home and decide to take an abandoned cop car on a joy ride. The problem is that the cop car belongs to a crooked, drug dealing sheriff (Kevin Bacon) who wants to make sure his dirty secrets stay under wraps. I loved this movie. Cop Car is an intense film and one of the best movies of 2015.

It all begins in Colorado, where Travis (James Freedson-Jackson) and Harrison (Hays Wellford) are walking across the plains, playing a friendly game of who can say the foulest obscenity they can think of. They are both poster children for a “boys will be boys” campaign. These are good kids, but they are bored, living in broken homes in small towns, and just looking for harmless trouble. Travis is the blonde haired fearless one, and Harrison is the shy one with a constant moral conscience. When they come across an abandoned cop car, they are afraid just to touch it at first, but when they see nobody is around and the keys are in the car, they take it for a wild ride. It turns out that this was the one cop car you did not want to mess around with.

What director Watts and co-writer Christopher D. Ford have put together is a film that opens with harmless children hi-jinks, and flips into a Cormac McCarthy style violent thriller. The bull headed Sheriff, Kretzer, is a character to remember, as Bacon gives a superb performance. It walks the line of “stupid criminal” and man whose path you never want to cross. Behind his sweaty porn mustache, he is a man who is carelessness enough to leave his keys in his car, thereby allowing us to enjoy watching him have no choice but to cover his illegal tracks. This is the driving force behind the allure of Cop Car; this is a bad person, but the lengths he must go to for getting his car back from the kids makes him scheme. And besides being a drug dealer, there is also the matter of a secret (I dare not reveal) in the trunk of the car, which will put the two boys in harm’s way.

I can imagine that anyone who has children of their own will find Cop Car hard to watch.  When Travis and Harrison get into the massive collection of weapons in the back seat, including guns and bullet proof vests, the possible accidents are so haunting that even the NRA’s biggest gun enthusiast will have a hard time watching. When the kids find out what is in the trunk of the car, they will wish they never been lured into this specific joy ride. And for Harrison, he is the one that will need to stand up to his fears of everything and grow up fast. Even a local woman named Bev (played perfectly by Camryn Manheim) will wish she stayed away from lecturing the boys about stealing the car. She walks into a violent situation with an enraged sheriff  that emulates the Texas highway shootout scene in The Counselor.

It may feel a tad bit thin to some coming in at a brisk 86 minute run time, but Cop Car is a thrilling film that I can’t stop talking about. It caught the attention of all those Marvel executives; I just hope it will catch the eyes of fans as well. So, go see Cop Car, before Jon Watts is known as “that director of Spider-Man”. 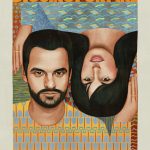 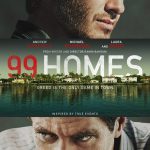