A movie clip montage of Paul Walker and the words- “For Paul”- come across the screen at the end of Furious 7. I never knew a movie with this many explosions could make me teary eyed. Walker’s life was tragically lost in an automobile accident prior to Furious 7 being finished. On top of the heartfelt final moments, director James Wan (“Saw”, “The Conjuring”) has done a remarkable job of combining phenomenal set-pieces, and the standard Fast & Furious heart pounding action. He keeps the memory of Walker’s life always in the hearts of fans who love this series. I for one have not been a fan of these movies, but Furious 7 is something to see, strictly for the pure adrenaline of entertainment.

The plot is as shallow as the kiddie pool in the summer. And that’s okay. The Furious series knows what it’s about at this point and nobody is expecting an Oscar out of this. Or are they? This past month Vin Diesel told Variety “It will probably win Best Picture at the Oscars, unless the Oscars don’t want to be relevant ever.” Diesel’s remarks may be true about making the Oscars relevant, but unless they take home awards for visual effects and sound, something tells me “Furious 7” will just have to dominate at the box office this weekend.

Deckard Shaw (Jason Statham) is out for revenge on Dominic Toretto (Diesel) and his band of merry motor friends for what they did to his brother Owen (Luke Evans) in the 6th installment. Deckard is a bad man to handle. First, he roughs up Hobbs (Dwayne “The Rock” Johnson) at his CIA location and gets the identity of everyone. Then, Toretto’s home is blown to pieces…and then the action begins. Toretto & gang are needed by an undercover agency headed by (appropriately named) Mr. Nobody (Kurt Russell). The task is to locate a hacker named Ramsey and a device, properly named “God’s Eye”, that tracks everyone in the world. The device is in the hands of a bad guy named- Jakande (Djimon Hounsou) and they need their speedy heist skills to get it. “Get God’s Eye, get Deckard”. It’s enough to convince the crew for one more ride.

This is when James Wan’s direction really shines. Commonly known for his ideas in the horror genre, the “Insidious” director has put together at least four set pieces that are absolutely jaw dropping. Did I mention- skydiving cars? Yeah that is right. In a scene that emulates Kathryn Bigelow’s Point Break, four cars are dropped from an airplane, and of course the cars land safely to pursue the hacker in a high speed chase. Only to include some hand to hand combat fighting between Brian (Paul Walker) and Kiet (Martial Artists-Tony Jaa) that leads to Brian making a miraculous leap from a bus falling off a cliff.

Writers Note: It is quite noticeable that Paul Walker’s character is not as present as past “Furious” films. Walker’s brothers helped fill in for scenes and CGI techniques were used as well to finish the project. It is a sad loss for an actor who made an impact on films and Hollywood. 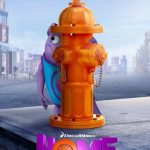 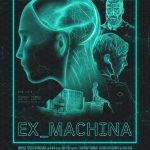