At this moment, as I write my review for Home, I pity the parents who have to sit through this film. Here is a movie that has the colors and vibrancy of a bag of Skittles, a story that is by the numbers when it comes to animated “buddy” films, and a character- Oh (voiced at annoying levels by Jim Parsons). He talks like Yoda, and sits next to Barney and Jar Jar Binks in the waiting room of characters that should be put to death. Along with that, Home is an animated film with a plot that is anything but linear and sensible, and is forgettable compared to animated films of recent.

Directed by Tim Johnson (who directed Antz, which I love), Home begins and you better pay attention because everything you need to know about our intergalactic characters is explained. We meet the Boov, an alien species that specializes in running away. They look like globs of purple tentacled goo, going from planet to planet in order to escape their enemies- the Gorg. Now it is Earth’s turn to become the Boovs home. Humans are relocated to Australia, which has been turned into an amusement park named Happy Humantown, keeping our feeble minds occupied. Oh is an accident prone, panic stricken Boov. When he hits “send all” on his housewarming party evite, accidentally sending it to everyone in the universe, he must run away from his own people, including the bumbling leader- Captain Smek (Steve Martin).

I must explain why I found Oh to be such an annoying character. I do not watch The Big Bang Theory so I am not aware of Jim Parson’s humor. The Boov, and his character specifically, speak in a backwards language that at first seemed cute, but even at a blazing 94 minutes, this became significantly grating. Lines such as “Can I come in from the outs now?” and “Ooohh, I too has to break pee”, are just a sample of the continuous language that this movie asked our characters to speak. It’s a distracting and flat out obnoxious sequence of dialogue that kills the attention to what little story there is.

The fun part is when we’re introduced to Gratuity ‘Tip’ Tucci (voiced impressively by Rhianna), an energetic 12 year old girl that is good at math and loves her cat named Pig. She is the only human left on earth and wants to find her mother (voiced by Jennifer Lopez). Oh transforms Tip’s car into a floating Slushi machine (with flavors like “busta lime”!) which takes them on their journey to find Tip’s mom and help Oh seek refuge in Antarctica. Although their relationship may bring some smiles to your face, it all goes away when our characters bicker at each other, or take breaks between spats to dance to obviously placed songs by Rhianna while claiming-“shake their Boov thang”. In the end, their friendship exists only to please the audience, because that is what these movies do.

Home lacks the true joy that animated features can bring. Through the colorful characters and sugar high action, it is a film that fails to raise above anything better than a direct to DVD Disney movie. A character like Tip is a more realistic role model for young girls to be fans of, but the focus is on everything else, leaving poor Tip as an afterthought.  It’s the lack of attention on what could have made this a great animated film that makes this such a drop of the ball. The most I can recommend for Home is a rental at the RedBox, if you have a free rental voucher. 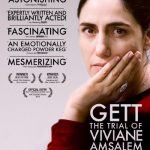 Gett: The Trial of Viviane AmsalemReviews 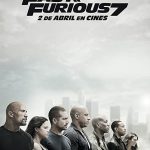