MOVIE: A MILLION WAYS TO DIE IN THE WEST

There are quite possibly a million reasons why Seth MacFarlane’s second movie A Millions Ways to Die in the West is not a good movie, but you only need one: it’s not funny. The “Family Guy” creator and Director of last years comedy hit, Ted does it all this time as the writer, Director, and physical star of the film. By physical star, I mean this is the first time MacFarlane is not just using his vocal talents. He actually sets foot onto a movie set and tries to act. Unfortunately, he tries way too hard.

It is 1882 in the Arizona wild west, MacFarlane plays Albert a simple sheep farmer who is dating the lovely Louise (Amanda Seyfried). In an opening one-on-one gun fight, a man threatens to kill Albert for his sheep ruining his crops. At this time Louise sees the gutless person that Albert really is. She has lost interest in him and decides to break up and moves on to the local mustache shop owner Foy (Neil Patrick Harris). This is devastating to our hero, not to mention he is living in the wild west, where everything can kill you. Anything from a rattle snake bite to a lose charging bull could be the end to your life. Especially if you are at the town fair.

A Million Ways is written by MacFarlane and his long time co-writer Alec Sulkin. The script is written like a high school freshman begging for acceptance from the senior class. Every sentence from MacFarlane has emphatic F**k’s as if he does not trust his lines to be funny without them. It has very few moments of genuine humor. Not to mention multiple “jokes” fall flat and plot lines are lazily forgotten. With running gags of the differentiating ways that people are killed in the west popping up ever so often, these moments are not even enough for funny ha ha, but funny heh?

Albert wants to win back the heart of Louise, but as a bar fight takes place he has the fortunate luck of saving the life of the slick shooting Anna (Charlize Theron). She has come to there town, Old Stump (yep, even that is not funny) to wait for her outlaw husband, Clinch (Liam Neeson). Her and Albert develop a friendship to stick it to Foy and Louise, but this leads to the two as you would guess, falling in love. This is not going to fly for Clinch since he kills people for looking at him the wrong way.

Last years hit Ted brought in a respectable $50 million at the box office. The thought of a foul talking bear with Mark Wahlberg was MacFarlane not stepping far from his Family Guy tree. I mean, it is a show about a fat guy and his talking dog. But this sophomore effort is out of left field. It is filled with expected fart, diarrhea, and penis jokes to make up for its poor writing, yet these jokes can’t save it. I don’t know if MacFarlane had even seen other western films to satire this genre because he rides the joke of “anything can kill you in the west” and that’s not funny enough for an hour and 59 minute movie.

I do not fault the films stars Theron and Neeson, who both do the best with the material they have been given. In fact, I found the Oscar winning actress to be quite charming. And Neeson is only in the movies first and last 30 minutes, which screams like a cash grab, but he sees his role through. Just don’t get me started on the performances from Giovanni Ribisi as Edward and Sarah Silverman as Ruth. The film opens with the gag of Edward dating Ruth, even though she is a prostitute at the local saloon. This is the only joke for their characters for the entire film. You would think they would say something.

Where MacFarlane had an opportunity to make a western comedy along the same lines as the Mel Brooks classic Blazing Saddles or satire classic John Ford westerns, he instead tries so hard to show all his viewers that he is Funny. What we get is something quite pathetic.

With his success with Ted I understood why a movie studio allowed him to make this film, now there may be more than a millions reasons why the next studio should be very cautious. This is one sad attempt at a comedy. 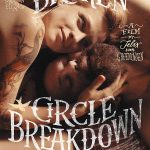 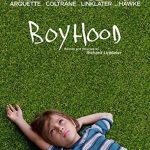