The Swimmer from writer/director Adam Kalderon explores, in part, homophobia in Israel’s Olympic training program for swimmers. In the film, there’s a small group of young men who are trying to earn the one ticket available to represent the country. Erez has prepared for this moment for many years. It appears to be in his blood too as his own father and swimming coach once swam together. Erez seems very committed to the goal until he begins to be treated as an outcast.

Early on we see Erez doing a very expressive, slightly “queer” dance in his dorm room. Then we see him privately masturbating while holding someone’s bathing suit. These are the only initial indications we get that suggest Erez might be gay. Not much else here seems to indicate that Erez stands out from the other swimmers. In this sense, it’s unclear what exactly the coach is seeing in him that makes him treat Erez so harshly. The same could be said for the other competitors who want nothing to do with Erez and taunt him with remarks calling his masculinity into question. Why he is singled out is never clearly expressed for he initially seems like a very skilled swimmer.

Erez does develop a friendship with an attractive fellow swimmer named Nevo. While the two spend a lot of time together, there’s nothing to suggest, for much of the film, that they will become sexually involved. In fact, Erez seems to try extra hard not to push the relationship too far. There’s actually very little sexual tension throughout these scenes and both have girlfriends. Yet, Erez is constantly chastised. Why? He keeps getting reminded that this is an Olympic competition and he should be following rules, but Erez seems pretty aware of that.

It’s a confusing set of scenes that don’t really provide much reason for some of the strife he experiences. Slowly we begin to see Erez express his individualism which is apparently against the rules and a big no no here. In the end, we’re to believe that Erez loves swimming as much as his own unique sensibilities. However, the film doesn’t really give much explanation for why he is experiencing such difficulties. His gay-ness or even any femininity isn’t noticeably present (except for a sudden hair dye job that seems right at home in contemporary young male society.)

Herein lies the problem with the film. It doesn’t want to go the lengths it needs to make all of the problems for Erez justified. Yes, it does seem to be saying that there are a lot of pressures and rules placed on swimming competitors, but then what about the others who don’t seem to be struggling in the same way? Those other swimmers come across as only one-dimensional bullies.

It’s hard to recommend The Swimmer since it doesn’t go far enough in depicting what it is trying to express about the world of competitive swimming. As such, there’s a bit of a missed chance to really make a statement here. 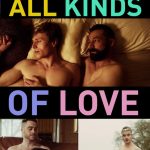 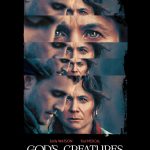