It is not uncommon to hear someone boasting about their latest vacation and saying something like, “we went to Mexico.” When asked where, the response might be an all-inclusive in Cancun or Playa del Carmen, or my personal favorite, Puerto Vallarta. But can we really say we’ve been to Mexico if we’ve only been to a resort? That is part of the focus of the enlightening new documentary The Last Tourist, now streaming on Hulu.

Filmmaker Tyson Sadler travels to destinations such as Mexico, Thailand, Jamaica, and Kenya to explore the effects tourism has had on those countries. Hundreds of hours of footage from these regions capture tourists basking in the sun, getting up close and personal with the local animal habitat, and taking the requisite selfies for their Instagram accounts. Sadler suggests that people today are more interested in getting shots for social media than they are in truly experiencing the cultures they are visiting. There’s nothing false in his thesis. In fact, it’s a little shocking to hear stories about how little tourists really know about some of these places, how they developed, who their people are, and how they make an income.

Sadler does a great job providing archival footage and factual details on the rise of mass tourism in the Twentieth Century. Much of this growth seems to have been associated first with the development of international air travel and later by the ease at which the internet has allowed us to set up adventures around the world. Travel experts are interviewed though shedding light on some of the darker sides of these destinations. One point discussed is the lack of revenue local communities actually receive when we arrive at these tourist spots. This is particularly true of the ports where cruise ships are typically docked. Sadler provides eye-popping accounts of how most of the money made there actually goes to international companies and not the local economies.

On another front, animal experts such as legendary primatologist Jane Goodall are given opportunities to shed light on how all of this tourism has affected regional animals. People love to swim with dolphins and ride elephants but do they ever think about how trainers got these animals to so obediently do such things? Sadler includes some shocking images of animals being forced to perform after receiving cruel punishment. As a result, interviewees suggest, tourists have a distorted view of the animals that can ultimately become quite psychotic due to their “training.” The disturbing reports found throughout the film doesn’t stop there. Sadler explores how well intentioned volunteers visiting and working in small villages actually leave the locals with severe attachment issues due to the revolving door of people coming and going. Through interviews, he illustrates the effects of these constantly severed relationships including prostitution and suicide.

In the end, though, The Last Tourist isn’t a depressing documentary, rather it is a call to action. As Sadler moves us from the glamor of travel to the reality of these locations, we gain a greater sense of what effect we are having when we go about our travels. Yes, viewing the film might have the same disturbing effect on viewers as seeing the cruel dolphin hunting on Japan’s coast in the documentary The Cove or the crowded chicken houses in Food, Inc. I know these films have made me think twice about what I eat. Sadler suggests we do a better job at researching and understanding the places we plan to visit. He advises we stay away from the tourist traps and instead integrate ourselves into the real lives of the locals. My own experiences going outside resort life in Puerto Vallarta opened up a whole new view of the ocean side town to me. It takes some guts to venture out sometimes but as Sadler and his many interviewees suggest, it’s worth it not only for our experience and knowledge but also for local economic development.

Overall, this is a must-see documentary that might just make you look at travel from a whole new perspective…and that’s a good thing for all concerned.

THE LAST TOURIST IS CURRENTLY STREAMING ON HULU 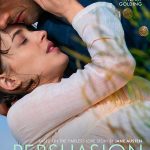 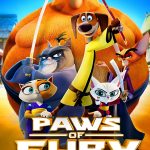 Paws of Fury: The Legend of HankReviews