Pride Month might be over but there are still plenty of LGBTQ themed stories to be heard and seen which address the changing definition of families. The Invisible Thread is a film by Italian writer/director Marco Simon Puccioni which walks a fine line (shall I say thread?) between advancing and questioning the dialogue about gay parenting.

Leone (played by Francesco Geghi) is a high school student working on a documentary about his two fathers, Paolo (Filippo Timi) and Simone (Francesco Scianna). His life is almost too picture perfect, so he searches for something to make his film, and life more interesting. He wants an unusual twist. The happy family’s life is tested though when both fathers want to be added to Leone’s birth certificate as co-parents. (Only Paolo was previously listed due to Italy’s legal system at the time of Leone’s birth.) However, this issue pales by comparison to the family shakeup that occurs upon discovering that Simone has been having an affair with another man. This might be enough of a story but Puccioni expands the narrative by introducing a possible new girlfriend for Leone, Anna (Giulia Maenza), and her own sexually confused brother Dario (Matteo Oscar Giuggioli). Conflicts ensue with Anna’s “progressive” mother who claims to “have gay friends” but appears less than supportive when details emerge. Added to this is a desperate search by Paolo and Simone for DNA results to determine who Leone’s biological father actually is.

Herein lies a problem with the film: It’s trying to do too much. Any one of these “threads” might make for a somewhat interesting narrative idea but it all ends up feeling like a truncated season of a streaming television series. The tone and multitude of key characters seems right at home in today’s world of series such as Love, Victor or Sex Education. These types of shows, along with The Invisible Thread, tend to be filled with stereotypical characters on the sidelines who make disparaging comments we’ve heard plenty of times before. Yes, these shows and movies explore contemporary topics such as same sex parenting and the changing definition of a “real” family but there’s a bit too much to unpack here to satisfyingly address some of these issues. Sadly, the initial focus of the film gets lost in all of this as the documentary Leone is trying to make is practically forgotten about through much of the film. This is a shame because the opening scenes introduce a great documentary-like style with Leone’s voiceover narration, a gritty visual quality, and a smaller aspect ratio that never quite returns.

It’s the other aspect of the production value that are quite excellent, featuring a very appropriately modern set design, crisp cinematography, and stellar editing. Much of the film also features a whimsical music from Aldo De Scalzi Pivio that keeps the tone from being overly dramatic, a blessing, because some of the situations could certainly have been. The performances here are also good. Francesco Gheghi is perfect as Leone. He has the Timothee Chalamet jawline and floppy hair, but also possesses an appropriate level of awkwardness and athleticism, as he begins following his passions for Anna and rock climbing. Filippo Timi and Francesco Scianna do a great job as Leone’s father’s Paolo and Simone. They both offer their fair share of comedic muscle when the film ventures into its lighter scenes and are more than up to the more dramatic moments that occur between them. Scianna, in particular, has the trickier role. Simone is not a character we feel particularly sympathetic towards due to his infidelity yet we still feel a great humanity in him beneath the surface.

While the film is a bit unwieldy in what it is attempting to accomplish, it does explore the questions of what makes a family a family and more specifically what a father is. It also touches upon important factors of Italy’s legal system and LGBTQ rights in Europe. These issues are a bit glossed over but there is enough here to suggest the fight for LGBTQ rights is far from over no matter where you live.

My biggest concern about recommending the film though is that it furthers a stereotype that a gay couple might not be capable of staying committed due to sexual behavior and the effects that it might have on a child’s life. We’ve seen enough stories such as these and really don’t need another one as LGBTQ rights continue to come under political fire. But alas, in the end it is also a film that reflects a segment of the LGBTQ population and that’s a good thing even if it does ultimately tie a too neat bow around the issues at hand. Whether one is part of a “traditional” male/female family or a same sex family, The Invisible Thread suggests that there are many similar struggles that make us more alike than different and that’s more important than any minor issue. The Invisible Thread delivers quite a yarn.

THE INVISIBLE THREAD IS CURRENTLY STREAMING ON NETFLIX.

The Dog Who Wouldn’t Be QuietReviews 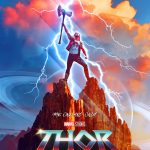