MOVIE: BOTH SIDES OF THE BLADE

In the pantheon of actors in cinema it should be a crime for any person to not mention Juliette Binoche. The French Oscar winner is arguably the greatest in her field, not only reinventing herself time and again, but propping up a medium that needs voices in the independent film department. Just look at the films and the directors she’s worked with since 2015, from Piero Messina, Olivier Assayas, Claire Denis twice, and Hirokazu Koreeda in The Truth, all of them stories that highlight the natural experience of being a woman today, but also showing the many sides of Binoche. Both Sides of the Blade is another collaboration with Denis, the legendary voice behind Beau travail– a teaming of two artists on the same wavelength- and never allowing the “norms of Hollywood” to hold back our greatest actress today. With Both Sides of the Blade, Denis is telling a straightforward drama, a love triangle between an ex-husband, an ex-wife, and a friend turned lover, all caught in the human emotions of sex, jealousy, and anger. In the hands of other talents this might not work but Both Sides of the Blade is a drama rich with great passion and maturity.

The screenplay is co-written by Denis and Christine Angot, which is not so much a complex plot to follow, but bubbling with complexities within the subtext. We first see Sara (Binoche) and her boyfriend Jean (Vincent Lindon) embracing and kissing in cool blue water. There’s an instant spark of passion from two people that can’t keep their hands off one another. The story goes that Sara was once married to Francois (Gregoire Colin), who was also best friends with Jean, but when the marriage collapsed, Jean and Sara became romantically involved. Now they live together, but for Jean he recently returned from a stint in prison for a fight that went south, and he now struggles to adjust, especially being out of work for some time. And then Francois calls with a new job hoping to help an old friend, but also reigniting the old feelings that Sara and her ex once shared. It’s from there where the triangle develops, revealing that trust can never be secure, and navigating love is complex at every stage.

As far as the pace of Both Sides of the Blade goes it’s a slow, steady build, as it begins like any fresh romance. There’s intense passion at first, but then there is a comfort, along with subtle tells such as Sara witnessing Francois on a motorcycle with another woman, and in those moments we know that Denis is creating the aura of jealousy. It may be cliche to use such a word, but the highlights alone is that Denis creates something incredibly authentic. Unafraid to show people of a certain age engaging in sexual activity, while also revealing how at first Binoche and Lindon play tough in their confidence, as their characters seem impervious to jealousy, only to see the two actors engage in arguments as if they had spent the past thirty years together.

The lingering conflicts within the plot circle around Jean, as he’s readjusting to life, and trying to reconnect with his son Marcus; And all of that is going on while he’s trying to find a new job, make sure he has correct paperwork for his probation, and still be the perfect lover for Sara. Meanwhile, the rekindling between Sara and Francois becomes a full blown affair, and in some ways blatantly in front of Jean. With that information one might think it’s easy to choose a side in the discourse, but as any well made drama, there are much deeper points at hand. A nice companion piece would be the recent camp erotic thriller Deep Water, only Denis’ direction is more subtle, allowing the inner turmoil to do the talking.

As a piece of art, Both Sides of the Blade is luxurious and honest, reminiscent of the style of films that the Dardenne brothers have made, where it’s impossible to tell between what is scripted and what is real life. And yes, the other factor is Claire Denis allowing the work of Juliette Binoche to blossom. It’s so rare for a film to allow a woman- at any age- to subvert the expectations of her character. Denis did that with High Life and she pulled the camera back and allowed us to just bask in the glory of Binoche in Let the Sunshine In. The same, if not more can be stated about Both Sides of the Blade, in another fantastic work by the duo of Binoche and Denis. They are a match made in heaven and they’ve delivered another razor sharp experience with Both Sides of the Blade.

BOTH SIDES OF THE BLADE IS PLAYING IN SELECT THEATERS FRIDAY JULY 8TH, 2022. 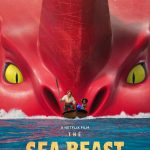 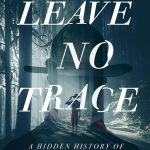