An important question that a director must ask themselves before production is, “does the audience want to spend their time with these characters?” That question was not asked or crossed the director’s mind with the independent film Unplugging, about a married couple trying to fix their relationship by going on a digital detox trip. Eva Longoria and Matt Walsh star as a Chicago married couple, both working hard in their own professions, constantly putting their heads down, and barely paying attention to anything going around them, let alone each other. When they get away from work, kids, and cellphones things don’t go smoothly, in what should be a fun comedy of errors, but instead turns into annoying time spent without a laugh to be had. Unplugging tries to stay connected to the audience but I recommend you just cut the cord.

The collected cast of actors here deserves something more, which is the sad reality of movies today, where the screenplay, written by Walsh and Brad Morris might have worked more in the 90’s, and especially with a more compatible leading duo. Instead they’re settling for material that is less than special, trying to capitalize on the world of constant technology on the brain, and portraying a pair of adults that seem completely incapable of surviving without it. It’s not that there isn’t something there, showing a reality of how relationships today have been fractured by an inability to look up from our phones. Only the problem is that Unplugging is neither funny, charming, or even romantic in its portrayal of this getaway.

The married couple is Dan (Walsh) and Jeanine (Longoria), both working in their own fields, one child, and constantly on the go. Dan works in their garage, marketing, selling, and making his own secret hot sauces. Jeanine is a higher up in her marketing firm, much worse at her digital addiction, always on her phone, answering emails in the middle of the night, and forgetting her phone in the shower. It gets to a point where Dan has had enough, so he plans a digital detox in the countryside. It starts nice, with wine and sunsets; It soon becomes a mess where cell service doesn’t exist, car breaking down, weird drones hovering over their hiking area, getting lost in areas they know nothing about, Dan bumping his head, and run-ins with weird locals making it a trip from hell. It sounds like hilarious things should occur but most of it is just tedious.

The biggest highlight of Unplugging are the two supporting performances, including Keith David as a bartender at a neighborhood pub, helping the couple drink away their sorrows and Lea Thompson who arrives as a local willing to give them a ride. Thompson’s character is a fun loner, playing a woman that has a raccoon as a pet, and willing to borrow her rifle to shoot one of the pesky drones out of the sky. Without those two, the majority of Unplugging would be the constant bickering of the married couple, something that I believe director Debra Neil-Fisher wants us to see as endearing, but it’s actually quite painful to watch. If Walsh and Longoria had chemistry it might be funny. Instead it’s no wonder why they want to escape into their phones.

The concept of a modern day couple showing their personal struggle without technology is interesting, which is why I see a movie such as Unplugging to be a bigger disappointment. Were it made twenty years ago it might be Tom Hanks and Meg Ryan or Cameron Diaz and Ben Stiller making us laugh. Instead, Unplugging is never funny. It almost makes Marry Me look like a masterpiece of romantic comedies. Ultimately, Unplugging will become another addition in the failed collection of new-age rom-coms. It will quickly be forgotten and just go off the digital grid.

UNPLUGGING IS CURRENTLY PLAYING IN SELECT THEATERS AND IS AVAILABLE ON DEMAND APRIL 29TH, 2022 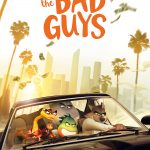 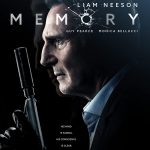