MOVIE: THE DEVIL YOU KNOW

I’ve often wondered why Omar Epps never became one of the biggest stars in Hollywood. The veteran has been in excellent work, from Juice, Love & Basketball, and The Program, yet he’s still never been given the right praise that he deserves. Unfortunately now he’s making more DTV fare than massive hits and even when the material is not working, Epps is never phoning it in. That much can be said about his newest film The Devil You Know, a murder mystery, rolled inside a family drama. It involves intrigue and consistent performances from the entire cast, but The Devil You Know fails to reveal itself to be more than the parts that make it up.

Right off the bat, the premise of The Devil You Know is not lacking in intrigue, as it starts with a home invasion, where three men enter, murdering a husband and wife, while leaving the son in a coma. It’s all over the news, but the main narrative focus is on the Cowan’s family, and Marcus (Epps), who has recently found sobriety, while trying to repair old wounds with his loved ones. During a family dinner Marcus is surprised to find his sister-in-law inviting her friend Eva (Erica Tazel), but the two hit it off, and the family has a delightful night. When Marcus drives his struggling brother Drew (William Catlett) home from his drunken happiness, he’s surprised to find a book of rare baseball cards, which were reported missing from the opening murder. The crux of the situation becomes if Marcus should dig into what his brother knows, turn this information to police, or just hope the reason his brother tells him is the truth.

The police officer on the case is played by Michael Ealy, an actor often playing the love interest, but here playing a detective taking his time with the case to unfold. And unfold is a mild way of saying how things develop in The Devil You Know. The major problem from writer/director Charles Murray’s film is a lack of energy. There’s little driving force, no matter how deep the case involves Marcus and his family, there’s a snail pace to the proces. The positive part is that the scenes between Epps and Tazel are adorable, beaming with charm, and reminding us of the romance that can flourish when kindness is the approach with those in need of a second chance. I desperately wished the movie remained focused on their relationship but sadly it turns into finding the bad guys, with Marcus’ family at the center.

In the third act it’s revealed that Drew has been making choices to benefit himself and the fear that he would be viewed the way Marcus was when he was down on his luck. The tension turns up a little when Marcus must confront his brother, along with a pair of old friends that have turned criminals. With each new scene the hope is that the intrigue will become more, but instead moments of tense exchanges are brief, and the dialogue not intriguing enough.

The sad fact is that everyone involved in The Devil You Know is delivering solid work, especially Epps, whose performance is rich with nuance, and has more depth than standard DTV movies. It could be the failures of a lacking in budget, the direction and writing sticking to standard storytelling, when those results call for darker twists and turns. The Devil You Know once again shows off the strong talent of Omar Epps, but sadly it is in the service of a movie that is not returning that favor.

THE DEVIL YOU KNOW IS NOW PLAYING IN SELECT THEATERS AND AVAILABLE TO RENT ON DEMAND FRIDAY APRIL 22ND, 2022 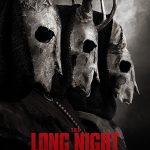 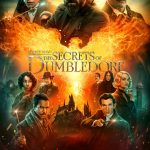 Fantastic Beasts: The Secrets of DumbledoreReviews