I always welcome a movie that is a challenge and Air Doll is a challenge. Not necessarily because it hasn’t been done before, a movie about a person falling in love with a doll is not new- just look at Lars and the Real Girl. But Air Doll is not rooted in a narrative about a person dealing with trauma through connection with a plastic doll, but more rooted in a traditional story like Pinocchio. Director Hirokazu Kore-eda- who made an impression on me with his fantastic work in Like Father, Like Son, Shoplifters, and his recent American film The Truth, is now getting a new chance to release his 2009 film, Air Doll. It involves an air sex doll that miraculously comes to life. Played by the mesmerizing Bae Doo-na, Air Doll starts as a story about companionship for one man, slowly becomes about finding the self purpose in a living doll. It’s part fantasy and part human experience, challenging us in a new way, to feel emotions for an Air Doll, and it’s done in the fascinating Hirokazu Kore-eda way.

On the surface, yes this is a story about an Air Doll coming to life, but underneath it’s closer to finding purpose in the world. Bae Doo-na plays Nozomi, a blow up sex toy that lays on the bed of Hideo (Itsuji Itao), whom he dresses up as a nurse, sits and has conversations, and proceeds to use the doll for his pleasures. He wakes up the next day, gets dressed, tucks his doll in, and goes to work. Time goes on and then we see the doll come to life. She walks out of the house, stares at people walking, studies the garbage bags on the sidewalk, and eventually heads home. This routine continues. Each day, Nozomi discovers new things, and eventually makes a connection with Junichi (Arata Iura). He’s a boy working at a video store, which becomes the place where Nozomi will work in the mornings, and go back home to her doll state in the evening.

The first act of Air Doll is ultimately about discovering a new living thing, becoming aware of what food is, or what movies to recommend to customers. The screenplay is written by Kore-eda, based on the manga Yoshiie Goda, and the approach is similar to an infant wandering the world. What eventually develops is the concept of what it means to be human, similar to other movies such as Ex Machina, A.I. Artificial Intelligence, or similar to what Spike Jonze did with Her. The subtext is about companionship, all while making us feel something for a doll, and the more the story goes on, the more we become attached to who Nozomi is.

Later in the third act, Nozomi has the eventual drastic moment where her skin snags on something, popping a hole in her arm, with the air deflating out of her body. It’s at this point where Kore-eda shifts the story from a tale about the emotional connection between humans and transitions to a scary sci-fi film, where the doll must face the reality of what she is. Without revealing much, it’s the end of Air Doll that becomes the challenge, because in the moments of conflict for Nozomi, I found myself feeling sad for her. The very concept is a challenge, which is the point of the narrative, which is to see and feel something for others.

These always tend to be the themes in Hirokazu Kore-eda’s films, which is the duality of life, the challenge of seeing the human side of others. In Shoplifters it was about a group of thieves that created their own family. In Life Father, Like Son it was a story of acceptance when a child was switched at birth. With Air Doll, it’s about finding comfort, about seeing someone, something more. Not trash on the side of the road or a thing to be misused. Air Doll asks us to feel something, no matter what it is, feel something inside. Don’t be full of hot air.

AIR DOLL IS PLAYING IN SELECT THEATERS AND AVAILABLE ON DEMAND FEBRUARY 4TH, 2022 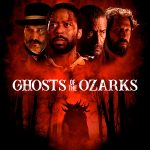 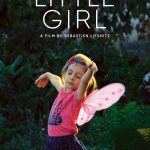