I like to think that I have learned my lesson from looking down on the direct to On Demand movies by today’s standards. Especially with the fact that Nicolas Cage, who at one time was the king of DTV movies, has proved that it’s not about the quantity, but the quality. Which is why Luis Prieto’s Shattered has a promising cast, with Gotham star Cameron Monaghan, newcomer Lilly Krug, and John Malkovich leading the charge, but a premise with enough stupid decisions to fill a large garbage bag. Shattered is a pulpy and trashy romance turned kidnapping thriller, where a con-women tricks a wealthy businessman to fall for her and then she ensnares him to take him for all he is worth. In theory it should be a fun dose of what I like to call “good trash”, but instead Shattered has too many cracks to make a perfect picture.

The premise starts with Chris (Monaghan), a wealthy man in the technology industry, a father to Willow, and depressed about finalizing his divorce with wife Jamie (Sasha Luss). In his mopey sadness, he stops at a liquor store before the end of the night, and meets Sky (newcomer Lilly Krug). She’s mysterious, arresting beauty, and clearly hiding her own bit of secrets. It’s revealed that she’s living at a cheap motel at the bottom of a hill, with her drug addicted roommate (Ash Santos), and landlord (John Malkovich), all mysteriously a part of whatever schemes she has going on. The relationship between Sky and Chris moves fast, passionately aggressive, and then the twist is revealed that Sky is not who she says she is, kidnapping, and crippling Chris to extort him for his millions of wealth.

As far as ridiculous premices go, Shattered is close to being similar to what a movie like director Luis Prieto had made in the past in Kidnap– the Halle Berry movie about a mother doing everything to get her abducted child back. Only this time, all the actions of every character are rooted in stupidity, in a sense that nothing is rooted in reality. Writer David Loughery is attempting to make Krug’s character into a viscous femme fatale, like a pseudo-Basic Instinct. Monaghan’s character works in high-tech security, yet nothing in his house works, and cellphones often don’t have service. I want to suspend all logic when watching Shattered, but multiple characters make stupid choices, such as Chris never attempting to overpower Sky in his state of captivity, or his willingness to allow her access to everything in life after one day of meeting. Just the way his character trusts other people is dumb from the first frame.

If any of the performances are coming out on top, it’s Krug, who shines with her beauty and wicked maneuvering. Malkovich arrives in moments to deliver his lines in the steady Malkovich way, but when he becomes a outlet to help rescue Chris, his character also reverts to being stupid. It feels like the remote setting for Shattered is just set to: dumb people. Broken glass at the entrance of the house? No worries. Gunshots being fired in the distance? Guess nobody is calling the cops. I’m typically a forgiving person, but for Shattered the broken pieces should be cleaned up, and we would have a real hit.

I can’t say I wasn’t “entertained” by Shattered, where the silliness, and somewhat original scenario could have won me over with more attention to details. Sky has the money she could get from Chris at one point and then she’s just greedy for more, almost begging to be caught. When Frank Grillo’s character finally arrives- which is a dead giveaway on who his character is due to the law of characters left to introduce and time- his involvement makes the kidnapping and extortion scenario even more of a mess. At the center of it, Shattered could be a better movie, maybe under sharper writing, tighter direction from Luis Prieto; Either way, the cast is all on board with this mess, delivering performances not worthy of the material. What we’re left with is a sliver of what could have been a hit. Shattered cannot be put back together.

SHATTERED IS PLAYING IN SELECT THEATERS AND ON DEMAND JANUARY 14TH, 2022 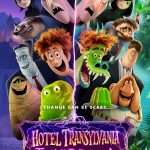 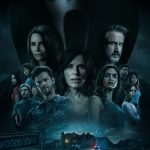