At this point in the Halloween series, the character of Michael Myers is a full speed locomotive, a night stalking terror that cannot be stopped, no matter how hard we try. The truth, however, is that this never ending momentum is not only caused because of his unstoppable force, but because audiences- including yours truly- want to see more of the murderous man in the William Shatner mask. I was a bit higher than my peers on David Gordon Green’s 2018 revival, which may not have nailed the setup, but delivered on the head-to-head battle of Laurie Strode (Jamie Lee Curtis) against her terrifying enemy Michael Meyers. The new sequel to that is Halloween Kills, picking up where things left off, but losing all the focus that made the revival exciting to begin with. All of the characters are back and some of the kills are bloodier than ever, but Halloween Kills fails to scare, fails to thrill, and fails at making any sense.

The pickup starts with Cameron (Dylan Arnold) regretfully calling Allyson (Andi Matichak) after the conflict they had at the high school dance, only to be interrupted by the body of officer Hawkins (Will Patton), left bleeding from the strike of Michael’s knife. Soon after we witness Michael Myers escape a fire and dispose of an entire fire fighter team, resulting in the killer back on the loose, with Laurie in surgery, and the town of Haddonfield in for a rude awakening. He’s back once again to wreak havoc on these quiet suburbanite people. If one is suspecting more kills and the continued fight between Laurie and Michael, there’s a bit of that, but not nearly enough to insulate it from ridicule. Halloween Kills veers away from the killer, centering more on the people in the town of Haddonfield, and because of that choice, the narrative suffers greatly for it.

The screenplay is written by Green, Danny McBride, and Scott Teems, with Laurie Strode sidelined by a bloody cut on the abdomen, and more of the focus on the other people affected by the stuff that happened in John Carpenter’s 1978 original. With Anthony Michael Hall playing grown-up Tommy Doyle, Kyle Richards reprising her role as Lindsey, and Nancy Stephens reprising nurse Marion from the first & second installments, they have gathered at a bar to remember surviving Michael Myers. They shouldn’t tempt fate so much, as the threat of Michael popping up is inevitable, but the execution of their path to the slasher is both sad and dumb. Hall’s character rallies the troops together as a riled up mob, chanting “Evil dies tonight”, resulting in preposterous moments of stupidity, followed by the build up of the younger Strode generations- Judy Greer and Andi Matichak reprising their roles respectively- attempting to achieve something that grandma/mom wasn’t able to do.

In a theater setting I may have been more forgiving to the stupidity that exists here, with Green somewhat following a similar mold set in Halloween II, but attempting to be the exact opposite of the 1981 follow-up, instead of being set at a deserted hospital, the entire town of Haddonfield occupies it this time, all in search of Michael Myers. I suppose Green is attempting to go for an undertone of showing that humans can turn just as ugly as the monster, but that messaging is muddled and messy at best. It also does not help that Halloween Kills has moments in between the killing filled with awful dialogue, oddly out of place attempts at humor, and flat out bad acting. Even if the kind of slashing we see is mildly entertaining, it will soon be ruined by the next line delivery.

The above all greatest sin of Halloween Kills is how it sidelines Jamie Lee Curtis, giving her next to nothing to do, barely allowing her character to rise off the hospital bed. That decision would be better if Judy Greer was given the baton to carry, but even her character’s arc is muddled, problematic, and never reaching her full potential. That failure to reach the true potential seems to be a running theme about Halloween Kills. A franchise and a movie ready to exceed our expectations and instead falling flat on its face. Giving this installment into the Halloween franchise a negative review not only hurts, it kills. 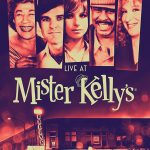