When it comes to making a movie spin-off, I would say the main factor needs to be that what you’re making is exactly spin-off worthy, which is interesting because Zack Snyder’s Army of the Dead was not the type of candidate I would find worthy of something like that. If anything I would expect a sequel or a prequel to show audiences just how Las Vegas became the epicenter of a zombie apocalypse. That’s not what this is. With Army of Thieves I give the team credit for attempting to utilize the most likeable character from Amy of the Dead, which is the safe cracking wizard Dieter (Matthias Schweighofer), a nervous, bright eyed blonde German man. with an uncanny ability to break open any safe. The unfortunate part, however, is that giving a side character his own movie calls for a deeper plot, a more advantageous journey, or at least something more for audiences to catch on with, but Army of Thieves is not much outside of a standard heist movie with little stakes at hand. Heist movies can be great, often thrilling, but Army of Thieves doesn’t have any of that.

The setting is long before Dieter would be asked by Dave Bautista’s crew to go to Las Vegas, where we first meet the safe cracker working his remedial job as a bank teller, and on the side practicing breaking locks of all kinds or combinations. When Dieter makes himself known, posting various YouTube videos of his skills, it leads him to invites of high stakes safe cracking competitions (who knew those could exist?). He crosses paths with Gwendoline (F9’s Nathalie Emmanuel), a smooth leader with killer looks, and her own team ready to rob some of the highest security banks in the world, but all she needs is Dieter to come along. The catch is that all the safes are part of a notorious collection of vaults, created with Richard Wagner’s Ring Cycle of music dramas in mind, and if one false move is made the vaults will shut down instantly.

One of the more fascinating parts of Army of Thieves is that it’s starring and directed by Matthias Schweighofer, working with a screenplay by Zack Snyder and Shay Hatten, so at least there is a passion, a connection to this main character the audience can appreciate. Outside of Dieter’s passionate love for breaking a safe, it’s the other details of Army of Thieves that neither inspires nor entertains. The cast of characters rounding up the team all have specific skills and generic personalities. Rolph (Guz Khan) is the getaway driver, Korina (Ruby O. Fee) is the tech wizard, unlocking doors with a flick on the keyboard, and the muscle is Brad (Stuart Martin). They all have their purpose, but they’re also placeholders, while Dieter and Gwen slowly find an attraction for one another. They have a series of four banks to rob, each heist well planned, yet unpredictable, and more tense when an inspector Clouseau-style detective becomes hell-bent on capturing this team, often being foiled at every turn,,,till he catches up for the film’s climactic ending. It’s often predictable and also never entertaining enough as it is.

One of the bigger problems with Army of Thieves is how much it wants to convince the viewer that the mechanics of a safe should interest us, where each heist grinds to a halt for Dieter to do his thing. He turns on his operatic music, spreads his arms above his head, takes a breath, and goes to work. The pace tries to ramp up the tension by having us question if a character will be caught, but when you’re making a movie based on a main character whose fate we already know about, the adventure must be good enough for us to still be invested in. Army of Thieves fails that goal as any logical thinking person knows where the narrative would be going.

I won’t diminish the charming nature of Schweighofer, who has a wide-eyed look that reminds me of a blonde haired Charlie Chaplin at times, passionate about something so much it’s near infectious.What fails is the overall predictable nature of the story, which includes double crossing by certain characters, a few calls to the impending zombie apocalypse, and the eventual romance between Dieter and Gwen that we see from the start. There’s a goal of harmless fun when Army of Thieves starts, trying to get us on board with a heist crew, but harmless is not the same as entertaining. It seems like Army of Thieves has the right approach, just not all the right codes to unlock the combination. Dieter the expert safecracker will need to wait for the next heist to come along. I just hope they include more zombies next time. 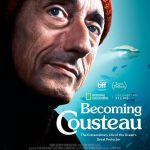 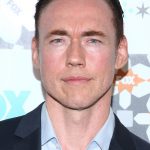