Sometimes having a great cast of actors and cool action set pieces can go a long way. For Gunpowder Milkshake the cast is a kick ass collection of actresses, playing a collection of highly trained killers, fighting back against a group of mobsters. It’s a stylish riff on a film like Leon: The Professional, where Karen Gillian plays Sam, an assassin that becomes saddled with protecting a little girl whose father was one of her targets. When the job also involves returning a bag of money to the man that hired her- played by a blustering Paul Giamatti- things become derailed by the unexpected little tike, now the mob is after her. Her only way of survival is finding refuge from her mother’s friendly group of heavily armed ladies. Gunpowder Milkshake becomes a thrilling journey of survival, cool choreographed fight sequences, and explosive action.

Things start at the beginning, where Sam is a teenager, hanging out at the diner waiting for her mom Scarlet (Lena Headey) to meet her for a milkshake. When mom arrives there’s blood on her hands, because she does some violent stuff for a living, and now some bad guys are after her. This means Scarlet must leave Sam with Giamatti’s Nathan, where she learns the tricks of her mother’s trade, becoming just as lethal. Now, Sam is living a life of guns and killing, a cold existence, where her mother has never been seen again, and prepared to take on the next job. That’s until things go south and now Sam has become the hunted. Not an easy task for any oncomers.

It seems these days for most action movies the high bar is a comparison to John Wick and Gunpowder Milkshake is just a level below that. The universe of this film is quite similar, where Sam is raised in a world called “The Library”, which is run by her mother’s friends Madeleine (Carla Gugino), Florence (Michelle Yeoh), and Anna May (Angela Bassett). Inside every book the library shelves are hidden weapons, which comes in handy when there’s a group of evil henchmen at the door. Director/writer Navot Papushado does a nice job of building this world, giving the major characters their own unique style, specialties, and throwing them into the fighting fire. Gunpowder Milkshake introduces just enough of this universe to make me excited for possible sequels.

The screenplay by Papushado and Ehud Lavski is the skeleton of the world and what’s put into the center are some excellent fight sequences. The settings are tight quarters or neon lit, setting the mood for high quality action. Specifically a scene where Sam arrives at an underground hospital, which places her in a corner for Nathan’s hired goons to attack. Minutes after Sam’s arms are numbed by an injection the doctor gives her, the party turns into a Drunken Master-style fight, with Gillan spinning herself on a swivel chair, throwing her body around, and kicking serious ass. The choreography is something new and that’s just one of the many we see in Gunpowder Milkshake.

There are some obvious flaws, the argument that the epic coolness of Bassett, Yeoh, and Gugino are wasted on minor roles has some merit to it. The action is also good, but it’s still not on the same level as the way Bob Odenkirk hit in Nobody earlier this year. But still, I found Karen Gillan to be relishing her chance to lead the show this time, an actor that has a great mix of charisma. Her sarcastic wit and forceful fighting is a lethal combo of excitement. She’s stepping out of the makeup shadow she’s under as Nebula in Guardians of the Galaxy and showing the world she can carry a film. Gunpowder Milkshake has all of the right ingredients of an action movie. It’s thrilling and entertaining, with whip cream, gunpowder, and a cherry on top. 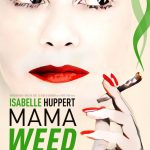 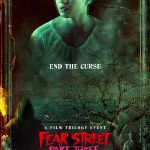