It’s weird that I’m writing a review for Fear Street Part Two, but I didn’t write a review for Part One. I was late to the party, but boy am I glad that I have jumped into the mix on this trilogy. Part One: 1994 was released last week on Netflix and this week we get Part Two: 1978 (Part Three follows next week). At this point it’s difficult to claim which installment of the Fear Street collection is the best, that’s because director Leigh Janiak has a strong grip on the story and style she’s going for, it would be wrong to judge without the conclusion. 1994 was in the vein of 90’s horror, specifically Scream, with perfect installments of 90’s alternative rock music propelling the action. In Part Two:1978, the tone and setting is even better, where the kids are at summer camp, the cabins are filled with horny teenagers, and the arrival of an axe-wielding slasher is as inevitable as the sun rising. You could claim this installment of Fear Street plays as just another Friday the 13th copy, but this series is creating its own path, still paying homage to horror movies of the past, and becoming its own cool horror collection in the process.

Based on the books from legendary author R.L. Stein, this Fear Street adaptation is not missing a beat on what horror movies have to offer. Catching up on the first installment, it’s 1994 and a group of high school kids from neighboring rival towns, Sunnyvale & Shadyside, have accidentally awakened an old witch’s curse that has unearthed the string of mass killers infamous for their Shadyside killings. Deena (Kiana Madeira) and her brother Josh (Benjamin Flores Jr.) are on the path to save Deena’s girlfriend Sam (Olivia Scott Welch), who is now possessed, and they must dig into the past to find out how to rid the town of this curse. That’s where Part Two picks up, jumping into the time of 1978 at Camp Nightwing, with the kids excited for the big capture the flag game, until a rampaging axe murderer takes out a slew of kids, and camp counselor Cindy Berman (Emily Rudd) and sister Ziggy (Sadie Sink) have to put aside their differences to survive the night.

That’s the general nuts and bolts of this story, which is hard to describe without going into further details on the first installment, and giving away massive plot points. The screenplay is co-written by Janiak and Zak Olkewicz, which starts rushed, but settles in midway, and then the characters settle in as well. Even with the story being standard in the line of slasher summer camp tropes, the big win is in the collected cast, little to no big name actors, but a slew of rising stars. And the aesthetics bring it full circle. Striped tank tops, short shorts, big hair, and a camp that looks ripe for murderers to roam. It’s for all of those reasons that the praise belongs to Leigh Janiak, whose direction from the first installment to the second has been seamless, capturing the mood of the decades, and keeping the energy thrilling. Slasher movies may seem easy to others, but if the third installment is as good as the first two, Fear Street will be a crowning horror event of 2021.

At first the narrative is just a string of pranks pulled on the mean girls, Ziggy is picked on and borderline tortured, but Cindy is too afraid to ruffle feathers as a newly popular camp counselor. Ziggy visits the camp nurse, whose daughter went on her own killing spree, and in her search to find what happened, a curse transfers to Cindy’s boyfriend Tommy (McCabe Slye). He decides to pick up an axe and take out campers, one by one. This sends Cindy, Ziggy, and outcast counselor Alice (Ryan Simpkins) running for their lives and discovering that a witch’s lair might be underneath the camp. The slashing is a mixture of shocking gore, the thrill of the chase, and the resilient fight from the Berman sisters. When the narrative in Fear Street Part Two makes a shift, it’s thrilling, and never looks back.

It’s a bit premature to claim that the Fear Street Trilogy is the top tier movie event of 2021, but it’s a new and unique way of storytelling. It’s similar to what Steve McQueen achieved on AmazonPrime with Small Axe, making movies and packaging them into a streaming set. Were it done in a mini-series, Fear Street would be lacking in a tight concept, and would undoubtedly run it’s course after some time. I think the argument should be made that more directors must be given opportunities to make three movies in a row. Leigh Janiak is the real deal, already impressing me in each one of her productions, and now she’s rightfully showing off with Fear Street. This is a movie that highlights all of the things I love about the horror genre. Strong cast, devilish scares, constant tension, and plenty of blood to boot. Fear Street Part Two: 1978 is awesome and I’m already excited to close it out with Part Three. Can’t wait to be back at Fear Street. 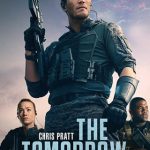 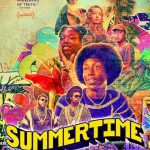