You don’t walk away from The Hitman’s Wife’s Bodyguard feeling as if you didn’t experience something. It’s certainly something, but what it exactly is would be a mixture of laughter, headaches, confusion, and missed opportunities. The follow-up to The Hitman’s Bodyguard is hardly a movie audiences were asking for. I barely remembered the first one walking into my screening of the sequel. Ryan Reynolds is back as Michael Bryce, a triple-A rated bodyguard, that didn’t do his job well when he became mixed up with notorious hitman Darius Kincaid (Samuel L. Jackson). Bryce is trying to recover from his bad luck, but only this time, instead of being forced to pair up with Kincaid to save the world, he now has Kincaid’s spitfire wife Sonia (Salma Hayek) as another asset to protect. The Hitman’s Wife’s Bodyguard moves fast, has unexpected bursts of violence, a few laughs, action that will give you a headache, and a paper thin plot. It’s not terrible, just not worth the valuable time.

The plot is somewhat simple? Bryce (Reynolds) is now in therapy to get over his failings as a bodyguard. He’s given up using guns, avoids accepting any jobs, and takes a trip to Greece for rest and relaxation. His rest is short-lived, with Sonia (Hayek) finding him during a shootout, as Darius has been kidnapped, and she needs Bryce to help her get him back. They quickly locate Darius, but when the trio comes together, they now find themselves in the middle of an Interpol investigation (led by an out of place Frank Grillo) needing their help to go undercover and stop international terrorist Aristotle Papadopolous (A cartoonish Antonio Banderas). It’s a mixture of a road trip and race against the clock to stop a bomb. There’s some action and laughs, but it’s a constant hammering on the head, and that will wear you down at the end.

Patrick Hughes returns in the director’s chair, with the screenplay written by Tom O’Connor, Brandon Murphy, and Phillip Murphy. There’s a solid foundation for making a movie such as this work, where you take known actors and put them in exotic locations, and put them in James Bond-like thrills. The problem with Hitman’s Wife’s Bodyguard is that it commits multiple sins that kill momentum. 1) The jokes hit so fast that there’s no time to laugh. 2) Reynolds is an actor in the comedic side that must be taken with a grain of salt. On one side, he could be a new Steve Martin, and in other moments, he reminds me of Dane Cook. I was over him halfway through. 3) And the biggest crime of them all, is when Salma Hayek’s character is saddled, reduced to the kidnapped damsel in distress. Her performance and character is a gem, single handedly making this work. Her snappy attitude, mixed with her relationship with Jackson, which is filled with repetitive jokes of their insatiable sex lives, is the number one reason to buy a ticket to The Hitman’s Wife’s Bodyguard. It should be her movie, but it’s not.

Sadly, the narrative moves on from her, placing her in the captivity of Aristotle and his goons, and then it becomes a rescue mission from a massive yacht for the title Hitman and Bodyguard. Before that, the road trip stuff works a bit, a few laughs with unexpected action sequences, some that show flares of what James Cameron did in True Lies. The problem, however, is that it all feels underwhelming for the talent. I like to categorize a movie such as this as an airplane movie. It won’t change the trajectory of cinema or damage the careers of the cast. It will mildly entertain you while you’re 42,000 feet in the air on the way to your destination. I’d categorize that as not praise for a movie, but I guess it’s not the worst movie of 2021, and that’s not saying much either.

The third act is where the narrative loses itself, with a predictable sequence of events, Bryce finds his courage again, there’s some double crossing, and the friendship of Kincaid and Bryce becomes closer than it was before. There is a cameo at the end which is a funny reveal at first, but then grows stale fast. There’s a lot of that going on in The Hitman’s Wife’s Bodyguard. A moment of laughter, a moment of groaning, your eyes will roll, and you might be mildly entertained. Much like it’s predecessor, this is a big nothing burger, with solid actors, in a series that will likely get a third installment. Either way, you won’t remember anything from the first two. And that sums up The Hitman’s Wife’s Bodyguard. 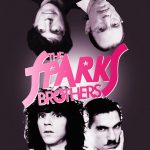 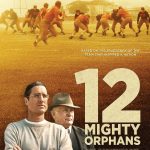