Above all things, I wanted a movie like Here Today to be a success. It might be a movie that charms audiences in segments and the cast is great, but sometimes the parts don’t make for a perfect production. Billy Crystal stars and directs, in what feels like a revival to movies of the late-80’s and early 90’s romance, mixed in with family dynamics, and a few laughs, but all of those efforts are futile to authenticity. Here Today is another story about a man hitting his older age and coping with the reality that he’s losing his memory (we’ve seen a lot of those lately) and during this process he finds a friendship that he never saw coming. Here Today is a light drama, with so many forced moments attempting to elicit the audience’s emotions, making the final result a ploy of pathetic proportions.

Crystal stars as veteran comedy writer Charlie Burnz, a mixture of a George Burns and Mel Brooks-type celebrity, writing sketches for a SNL-style comedy show. He’s the veteran of the group and a writer that has earned a status of comedic royalty. His wife has passed away, his two children are older now, and for him it’s writing with the hope of getting a laugh that still drives him. Unfortunately, Charlie is beginning to lose his memory and with that process becomes a blurring of the lines, where he forgets his own son’s name, can’t recognize people he worked with in classic productions, and must walk the same way to work everyday or else he will forget how to get there. When Charlie shows up for a dinner someone bid on for a charity auction, to his surprise it’s Emma Payge (Tiffany Haddish), a lounge singer, and ex-girlfriend of the actual person who bid. What follows is a revelation that Emma is allergic to shellfish (It’s quite funny) and the start of a budding friendship between the two characters.

Something I am picking up on in 2021 is a string of movies that attempt to show a brighter side of humanity. Last week, The Outside Story was a fantasy about a neighborhood of people that all got along on a sunny day. With Here Today, the major issue is a lack of conflict, and an unbalanced measure of comedy and dramatics. The screenplay is written by Crystal and co-written by North scribe Alan Zweibel, which clearly plays like two separate personalities. The Billy Crystal stuff is fine, with a romantic look at all things New York, while the Zweibel relationship stuff and family dramatics, that comes across as quite lame. Here Before suffers from having too much sentimentality and not enough caution to the wind. Similar to the Bryan Cranston-Kevin Hart film The Upside, it’s the mushy moments that don’t fit in with what’s actually going on. Without the small bits of laughter, Here Today is incredibly depressing.

There are also problems with the narrative structure, which involves flashbacks to stories of Charlie and his late wife Carrie (Louisa Krause), which are shot from the POV of Charlie’s eyes. It’s an odd approach, one that I personally never got comfortable with, but it also involves romantic gazing that’s uncomfortable. The other narrative parts that fill in the story include a few awkwardly placed song’s performed by Emma, foggy moments in Charlie’s head that he sort of remembers, and interjections of Charlie working on the comedy show. It creates a lot of unfocused and distant approaches, which boxes in two amazing talents in Crystal and Haddish.

That’s not to say that Here Today is without a few positives. The chemistry between Haddish and Crystal is endearing and it’s the most reserved we’ve seen Haddish be yet. There are a few laughs to enjoy and it goes without saying that Billy Crystal is a national treasure that should be praised. But I still just couldn’t get on board with Here Today. It ultimately becomes a sanitized and perky approach to a man suffering dementia. Where The Father played like a horror film, Here Today is a sun kissed beach getaway. There’s even a moment when our two characters get to watch the sunset together. Here Today lays the cheese on thick, but some viewers, it might make them lactose intolerant.

HERE TODAY ARRIVES IN THEATERS THIS WEEKEND- FRIDAY MAY 7TH 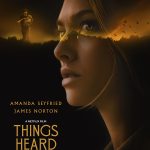 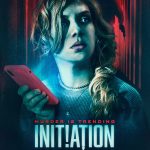