In times like these I am all for movies that can be uplifting or bring out a sense of happiness to a world that can seem cold. The problem with that though is it still needs to be a story worth telling, a narrative that can fit into an entire feature, and have audiences feeling a sense of pride at the end. Blue Miracle is not that movie, try as hard as it might. The premise is sweet, telling the story about an orphanage run in Cancun, Mexico, and how the leader of the home, Omar (Jimmy Gonzalez) tries to save the orphanage by winning a big championship fishing tournament. It’s a bit of The Bad News Bears on a boat or Angels in the Outfield with marlins. The bigger problem is that nothing about it is cinematic and everything about it is forced. Blue Miracle has the best intentions at heart, but it’s better to just cut bait than to suffer, painfully trying to reel this movie in.

It may seem like small potatoes to some, but a part of Blue Miracle that bothered me was how it is a story set in Mexico, yet every character, from the star to the last kid in the orphanage, speaks English. It’s all based on a true story, so the native tongue of this should be Spanish, and along with the look and narrative, this is a sanitized version of a feel good story. Directed by Julio Quintana and co-wrote with Chris Dowling, we are first introduced to Omar when he’s meeting a local police officer, bringing him a teenager he caught stealing, with hopes that maybe he could talk to the boy, take one more stray into his home, and set him on the straight path. There’s initial headbutting, resistance, and digging in the heels. Rightfully so, because for Omar and a lot of these kids, life has never been fair. Most of the kids are boys, dealt hands in life that involved parents that are dead, addicted, or in jail, but Omar has become a father to all of them. As much as Omar loves the children, supporting them, and giving them a life that they would never have without him, the funding for the home is dwindling, and without a miracle, it might need to be sold.

It’s after this revelation where Omar looks to others in the neighborhood for help and one of them is Wayne Bisbee (Bruce McGill), who runs the big Bisbee fishing tournament. The biggest marlin caught will result in five-hundred grand of earnings, but in order for Omar to teach the kids about fishing, get them a team to compete, they would need a boat. Omar hopes to find that in a loner local by the name of Wade (Dennis Quaid). He’s a surly man, taking sucker tourists out on his boat to catch fish, but spending most of his time wasting away with a bottle of booze. It turns out that Omar needs Wade and Bisbee won’t let Wade in the tournament without Omar and the kids. It’s a win-win for all but a pairing of personalities that may never seem to gel. The question is if they can put egos aside and find the right reasons to work together in the competition.

If there are any positives to be said about Blue Miracle it’s that it looks pretty and Jimmy Gonzalez delivers a nice performance. Sadly, there’s not enough else there to remember, where the kids are all a mixture of stereotypes and forgettable characters, Quaid’s performance is one note, and competitive fishing is lacking in any cinematic value. I could think of about a dozen other sports that work better in the movies, from curling, to Jai alai, and even chess. Watching a person sit in a chair, struggling to pull in a fish is extremely limited. Try as director Quintana might, with gorgeous views of the ocean and building to the stress of trying to catch “the big one”, Blue Miracle runs out of steam fast.

The main moments of conflict involve Wade letting go of his own past mistakes, finding a connection with the kids, and winning the competition the right way. It’s all back and forth with will they win the tournament, can they keep the home, can they all pull it together as a unit. Mixed within the subtext are subtle hints at a religious viewpoint, where Omar expresses the importance of his faith, having something to guide him. That’s not bad in the approach, and personally I appreciated it not being hammered on the head, but it’s also not enough to leave a mark. The main point is the kids growing in this competition and the adults learning something along the way. If you could imagine, the majority of Blue Miracle is quite predictable. If any of this would have resulted in a good movie, that would have been the biggest miracle of them all.

BLUE MIRACLE IS PLAYING ON NETFLIX THIS THURSDAY MAY 27TH 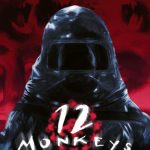 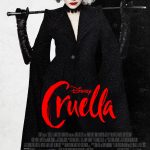